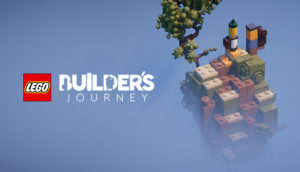 Now you might be thinking, “Oh, a LEGO game similar to the likes of Harry Potter or Star Wars” well you’d be wrong this little gem is a small-time indie development that differs greatly from other games in the LEGO franchise. This story follows a father and son depicted in LEGO where they go on an adventure in a series of different stages using the ability of building LEGOs to reach their destinations. There are no subtitles or dialog to follow, simply the story is told throughout gameplay using its environment to illustrate each challenge and using beautiful level design to instruct the player how to overcome each stage.

There are many different levels with different themes, such as hoping along beaches, climbing mountains, navigating swamp lands as well as some dark industrial style levels. You play as both the parent and child using your third-party abilities to move LEGO pieces around the scene to help build bridges, steps, or make shift ramps to get each character to the end of the puzzle. Some levels are more difficult than others but overall, there is no incorrect way to solve them just the limit of you LEGO building imagination. 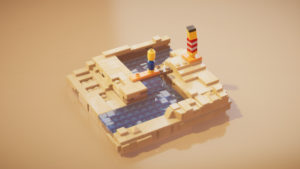 LEGO Builder’s Journey is a 3D puzzle platformer that is very kind on the player. LEGO is about building and creating solutions with your imagination and this block building brilliance allows you exactly that. With each puzzle you encounter you are free to move pieces where and how you like. With very intuitive block moving and placing mechanics the game feels smooth and intentional. As you progress through, levels can become a little more challenging with the introduction of sinking mud, larger gaps to cover, weight scales and not to mention some levels that involve making a skate track for your character to ride on.

I played LEGO Builder’s Journey on the Nintendo Switch and found the controls to feel really intuitive, you can even use the touch screen when in handheld mode, my only issue was that you have to use the A button to both rotate and place pieces. The UI is minimalistic and innocuous, I actually consider the UI to be my overall favourite aspect of the game it felt really kind on the user, it also felt totally natural when moving through the main menu as well as understanding narrative without any dialog. I found that the tutorial parts of the game where enhanced buy this seamless UI experience. The UI design is simply phenomenal. 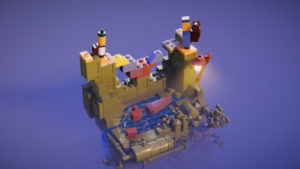 There is exclusively one gameplay mode which is the story, with the PC version of LEGO Builder’s Journey has a couple more levels than the Nintendo Switch version if end up looking for more content, which could happen given that the gameplay time was roughly 2 hours in total. I must say that LEGO Builder’s Journey could definitely have benefited from being much longer as it was kind of sad that the moment, I was getting right into it, it came to an end. In saying that each moment that I did spend in game was well and truly worth it, don’t let the short run time deter you from this fantastic indie experience. 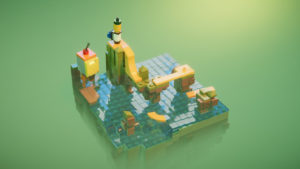 The sound design is calming and simple, using delicate sound effects for each object you interact with as well as nice clinks and clunks from placing blocks. The score of music that plays in the background is the best kind for unwinding after a long day. The composer Hendrik Lindstrand has provided a beautiful soundscape for you to drift away on, as you place LEGO blocks the music gently guides you on your journey and really adds to that feeling of imagination and wonder that we all know and love about LEGO. 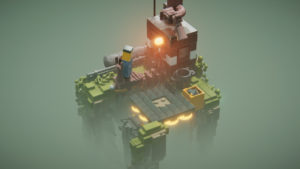 I must say that LEGO Builder’s Journey is blocktacular and beautiful. With subtle and effective UI too delightfully calm music, it really is a short and sweet adventure. From around $20 on the Nintendo eShop and $30 on Steam it maybe a little steep so keep an eye out for when it goes on special. Despite how short the duration of play is I found the story captivating and each level I played I was spurred on by the beautifully directed relationship between child and parent. What is LEGO without a heart-warming family building relationship? At least this one you don’t accidentally step on any bricks in the middle of the night… OW! Earlier this week Nintendo Direct also showered us with announcements for upcoming games, updates, and events. The 2011 Legend of Zelda game, Skyward Sword, originally released on the Nintendo Wii, is being remastered for the Switch. It will release on July 16th this year, accompanied by new joy cons modelled after the Master Sword and Hylian Shield. Nintendo also announced the 3rd game in the Splatoon series, this time setting the bright colourful characters in a vast barren wasteland. The game will be released early 2022. As part of Super Mario’s 35th Anniversary Celebrations, a Mario-themed DLC is coming to Animal crossing, featuring costumes, decorations, and furniture. This free update can be downloaded from Feb 25th. Smash hit rogue-like Hades will get a physical release for the switch on March 19th. There are far too many announcements to list them all, but we can’t leave out a new title in everyone’s favourite Nintendo series, Miitopia.  This title boasts an entire kingdom for your Miis to explore, after you’ve dressed them up with the new makeup and wig features that is! 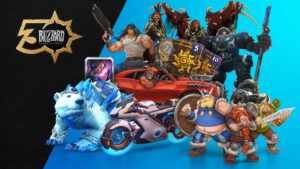 With this came a slew of announcements of things we have to look forward to. More and more information is coming out about the development of Overwatch 2, like character updates, new maps and details of the leveling system. Diablo II is getting a remaster which will arrive later this year on both PC and Console. PC players interested in public testing for this game can sign up for the chance here.  Word of Warcraft will be getting a huge content update for the recent Shadowlands expansion called Chains of Domination. And Hearthstone fans can expect a new expansion “Forged in the Barrens” and an entirely new mode of gameplay called Mercenaries coming later this year. An online group of game preservationists Forest of Illusion have recently shared a leaked build of Dinosaur Planet. This game never made it to release but was repurposed for the GameCube as StarFox Adventures. This copy of Dinosaur Planet was obtained from a private game collector and dates back to December 2000. It is a late build of the game and fully playable but has a fair few bugs throughout and will need hacking to play all parts of it in an emulator. Strangely, this is not the first cancelled game from Rare to be released online this month. Earlier an unreleased build of the XBLA remake of Goldeneye was also shared.

The 25th of February sees the release of Ghost n’ Goblins Resurrection and Lawnmower Game: Racing, both on the switch.

Bravely Default 2, sequel to the popular JRPG, gets its worldwide release for the switch on February 26th. We are joined live in-studio by Cameron Davis – “grizzled games industry veteran” and author of Blow The Cartridge, a web comic series about retro gaming. We discuss comics, games, life, the universe and everything – including hilarious stories about the games industry and Street Fighter 2. Check out his work here.

Lee and Jody collect the bounty on Mercenary Kings (PC/PS4)