Skip to content
HomeArticlesHard Targets: What The Reporting On Studies Of Violent Video Games Doesn’t Tell Us 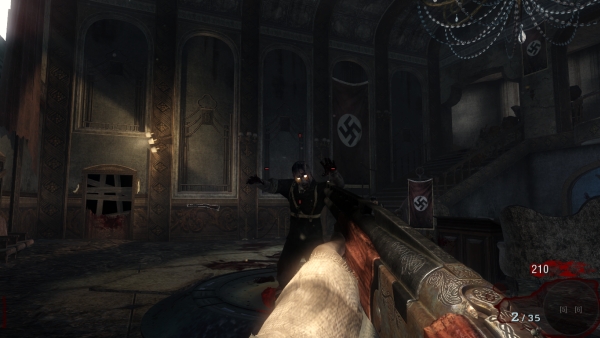 Plenty of psychological studies have searched for a potential link between violent video games and antisocial behaviour, but if we’re interested in the effect games have on us, why not test non-violent games as well? In 2010 a study by Silvia Osswald and Tobias Greitemeyer published in the Journal of Personality and Social Psychology did just that, examining whether playing a game about what psychologists call prosocial behaviour – co-operation and helpfulness – could encourage prosocial behaviour outside the game.

They tested three groups: one playing Lemmings, a game about helping cute lemmings cross obstacles; one playing Lamers, a violent parody of Lemmings in which you shoot and explode those same cute animals; and a third playing Tetris as a neutral balance. After eight minutes of gaming they were quizzed on the experience, and this is where the real test took place. The experimenter dropped their pens with the aim of seeing whether the subjects would help pick them up. Osswald and Greitemeyer reported that of those who played Lemmings, 67% helped to pick up the pens, compared to a smaller percentage of those who played the other games (33% for Tetris and 28% for Lamers). Further experiments – including one in which a confederate pretending to be the ex-boyfriend of the experimenter appeared and started an argument to test whether the subject would intervene – backed up those results. Not only did the experiments suggest a link between playing prosocial games and prosocial behaviour, they suggested a statistically insignificant difference between the effect of neutral and antisocial games.

Later that year the Australian Attorney-General’s Office commissioned an overview of the literature surrounding violent video game research as part of its investigation into the value of implementing an R18+ rating for games. Although some studies were included that suggested games could have positive effects, such as improved co-ordination and even increased closeness in families who game together, Osswald and Greitemeyer’s study was not mentioned. The conclusion of the overview was negative and the introduction of an R18+ rating delayed.

Morgan Tear, a PhD candidate at the University of Queensland who studies the effect of violent games on behaviour, was surprised. “As someone who had played video games for the majority of their life my initial reaction was disbelief,” he says, “but I wanted to spend more time researching the topic and its nuances before arriving at any conclusions.”

The Osswald-Greitemeyer study interested Tear, but he could see problems with it. One was that it only exposed players to games for eight minutes, and the second was that the games it used were old. Lamers, the most recent, was from 1993. Tear thought a similar study might be more worthwhile, and be taken more seriously, if it used up-to-date games. “Our initial aim was to use modern games that were commercially available in order to increase to validity of our results. One problem with using video games as stimuli, however, is that they are incredibly varied, such that two ‘violent’ games could be very different on a number of other measures.” He gives the example of violent games that can’t really be called antisocial because they justify their violence in terms of self-defence or saving the world.

“We ended up choosing four games; 1) Grand Theft Auto [IV] represented an antisocial game where the violence is not really defensible (killing innocent bystanders serves no real purpose), 2) Call of Duty [Black Ops] represented a violent game where we had players use violence in a defensible way (players had to kill zombies to avoid dying), 3) Portal 2 was a non-violent control to Call of Duty (similar in perspective, and the use of a gun-shaped tool), 4) World of Zoo represented a purely prosocial game without any violence”. These more modern games might seem more immersive than the old ones, and hypothetically more potent in any effect they may have, but they also provide a greater degree of freedom in how they’re played. Tear chose to use the zombie mode from Call of Duty: Black Ops for its relative linearity, and in the open-world of Grand Theft Auto IV players were given all of the game’s weapons right from the start to push them towards becoming public menaces.

“All of the participants played the violent games violently,” he says, “except for one girl, who was so upset when she accidentally ran over a pedestrian in GTA that she felt it was necessary to give herself up to police and be sent to jail.” 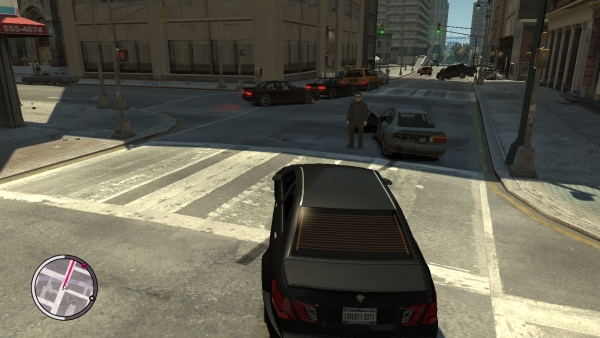 Like the original study, Tear’s ended with participants filling out a questionnaire and then having the experimenter drop some pens to see who would help pick them up. Is that really an indication of behavioural change, though? Tear says that it is, because the only experimental evidence he’s seen claiming that games influence behaviour suggest it’s a short-term effect, fading roughly 20 minutes after exposure. “There is less evidence that these effects transfer to long-term changes in behaviour, probably because it’s much more difficult to measure. The pen-drop task is able to realistically capture some aspect of this short-term change in behaviour, that is, participants aren’t aware that it’s part of the experiment and are more likely to react as they would outside the experiment.” He also explains that violent video game research often uses undergraduate students as subjects, who may be more likely to realise the true nature of certain tests, “but the pen-drop task is rarely suspected.”

Tear expected the results of his experiment to be more pronounced than the original, but in fact they were less so. The differences were marginal, statistically insignificant, and according to his published study, “An initial interpretation of our results might suggest we have simply found a baseline rate of helping in our population.” A second experiment attempted to streamline the results by only dealing with two games: Portal 2 and Grand Theft Auto IV. The results were similar. In fact the biggest influencing factor on whether people chose to help seemed to be at what point the experimenter dropped the pens. “I was surprised that we weren’t able to replicate the Greitemeyer and Osswald findings,” says Tear, “but given that null results are rarely reported, it’s hard to know in advance whether a result can be replicated.”

It’s well-known among psychologists that there’s a bias in favour of publishing articles that predict a difference and then find it, rather than those that either don’t discover what they set out to find or cast doubt on the veracity of earlier findings. There’s even a website called Psych FileDrawer that exists as a corrective to this by collecting the null results that do occasionally get published. For instance, a search through their archive shows a 2011 paper in the Australian Journal of Psychology in which attempts to repeat an earlier experiment suggesting players of action games had improved attentional capacity failed to repeat its findings. The problem isn’t just with scholarly journals, however. The media takes academic papers and reports them from the most dramatic angle – when Tear’s research was written about by NewsLimited it was like this: “violent video games do not produce anti-social behaviour in players, according to an Australian study released today, debunking previous research in the field”. There was no mention of the fact that it also debunked previous research suggesting games produce prosocial behaviour. We’re guilty of this ourselves. We initially reported the story on Zed Games as another piece of evidence that gaming isn’t bad for you, with the same glee the gaming press always takes in reporting such stories.

Tear’s own attitude has changed slightly from his initial beliefs. “I certainly believe it’s possible that violent video games could have negative effects on behaviour,” he says, “but now I’m researching whether those negative effects are meaningful compared to possible negative effects from other competitive leisure activities, like playing rugby or even chess.” He’s become more interested in the idea that video games aren’t uniquely influential on behaviour, one way or the other. “Things like competitiveness, personality traits, and life experiences could all have effects similar to those of video games. These days I’m interested in whether violent video games warrant special concern or whether they’re no different to other leisure pursuits.”

When we talk about the research surrounding violent games by dramatising it into a war between two opposing camps, when we ignore the full implications of the findings because they’re unsexy and inconclusive, the facts become even harder to determine. The story shifts back and forth between two incompatible extremes without exploring the potential for a middle ground, and one thing players of Call of Duty and Grand Theft Auto undeniably learn from those games is that a moving target is harder to hit.