Ubisoft also revealed that Tommy Francois the Editorial Vice President is on disciplinary leave pending the outcome of an investigation, Tommy has also been suspended until further notice. There are also reports of another employee at Ubisoft in Toronto being fired for engaging in behaviours that don’t align with what is expected as an employee. Maxime Beland’s resignation follows after a string of allegations posted on social media accusing him of choking a female employee at a Far Cry party as well as several other forms of sexual harassment. Ubisoft were reportedly aware of those allegations and chose not to act. Yves Guillemot Ubisoft’s Chief Executive has released a letter titled ‘Change starts today’ that details Beland’s resignation and Francois suspension, it also goes on to say, “Ubisoft will not tolerate workplace misconduct and will continue taking disciplinary actions against anyone who engages in harassment, discrimination and other behaviours that infringe on our Code of Fair Conduct.” 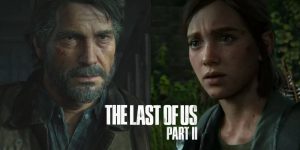 Death Threats and harassment for The Last of Us 2 team

Developers of The Last of Us 2 Naughty Dog have issues a statement condemning harassment after several members of the team were subjected to abusive messages. The game was launched on the 19th of June and since then fans upset with outcome of character narratives have been spewing hateful comments, some of the team affected are Neil Druckmann and voice actor Laura Bailey. Just recently the studio released a statement in support of their staff saying, “Although we welcome critical discussion, we condemn any form of harassment of threats directed towards our team and cast. Their safety is our top priority, but we must all work together to root out this type of behaviour and maintain a constructive and compassionate discourse.” Despite the vitriol The Last of Us 2 has shown to be a massive hit for Sony, it’s one of the fastest-selling PS4 exclusives to date, selling 4 million copies in just the first 3 days. 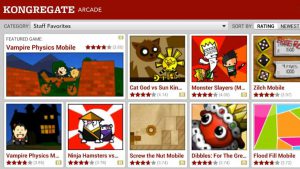 The company announced on recently that there are over 128,000 games available on the service and that there is unlikely to be any more. Kongregate also says that they will be shutting down many of the site’s social features as well as GamesIndustry.biz reports that several staff were laid off as part of the shift. Adobe announced that it would end support for Flash this year and multiple browsers now block the standard default. You can however still play the games manually when you enable Flash. Head over to the Kongregate website to see what Flash games you can still play.