Apple has followed in Google’s footsteps by removing Fortnite from its App Store.

On the 28th of August Apple confirmed that Epic Games’ developer account has been terminated for violating the company’s Terms of Service. Apple says this removal is standard policy for the terms of service violations that kicked off this whole saga. iOS players are now completely unable to update the game and play the new Chapter 2 Season 4. Despite a similar ban, players on android are still able to play by updating outside the Google Play Store. Although a judge supported Fortnite’s removal, they ensured Epic Games can still develop the Unreal Engine for iOS to prevent harm to third-party games (including battle royal competitor PUBG Mobile). Epic Games still shows no sign of bowing to the platforms demands so we can’t be sure when, or if, it will ever return to mobile. 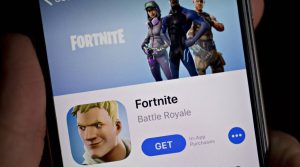 This year we’ve seen Sony launch previous PlayStation exclusives Death Stranding, Horizon Zero Dawn, and Detroit: Become Human on the PC. In their recent 2020 Corporate Report Sony confirmed more of their games would follow suit. They highlighted online PC games as their biggest competition and hope this move will find their games a bigger audience. “Targeted outcomes include growth in active users, stronger retention and a shorter cash conversion cycle, from which expanded cash flow can be expected. We will explore expanding our 1st party titles to the PC platform, in order to promote further growth in our profitability.” Sony didn’t reveal what games are slated for PC release, but it seems more likely their older titles will find new life than that PS5 exclusives will make the list anytime soon. 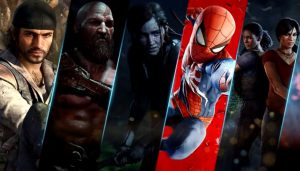 Ubisoft faces criticism for use of Black Fist Imagery in recent release.

Tom Clancy’s Elite Squad is a mobile military RPG released on August 25th. It has since faced criticism for its use of the ‘raised fist’ image as a symbol for its antagonists UMBRA. In the game UMBRA is an organisation that, on its surface, promotes and “egalitarian utopia” but simultaneously commits terrorist acts to foster political unrest. In real life this symbol is associated with the Black Lives Matter Movement which has had similar accusations lobbed at it by alt-right conspiracists. In response to the backlash, Ubisoft has promised to remove the symbol in the games next update. They also apologised, stating the fist was chosen as it is a universal symbol of resistance and they did not intend any connection to Black Lives Matter but acknowledged its inclusion was insensitive and harmful.