Skip to content
HomeNewsCOVID-19 Effects, Games Archive and What’s Next How COVID-19 has affected the games industry

Due to a recent survey conducted by Game Developers Conference (GDC) 33% of it’s developers reported that the game they were working on has been delayed, having to relocate working from home has been the largest contributing factor. In the report 70% of the developers had to make that move from the beginning of the pandemic. Some studios reported that the move to working remotely went smoothly, however some partnered companies who lagged behind were responsible for their delays.

Other reasons for delays that were reported included barriers to accessing required hardware such as gaining access to development kits which can be highly policed by companies for security reasons. There were also struggles to record voiceovers and audio work for home and not to mention the ambient stress that pandemics can cause. For developers that didn’t have delays 41% claimed they had felt their productivity drop because of the lockdown. 35% said their creatively decreased and 26% said they have seen a decrease in their household income. However, on a positive note 12% of people have said they will no longer work in an office environment and prefer to work from home even after a vaccine is released. 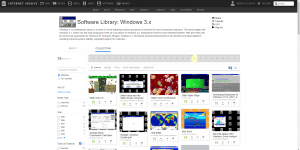 Some of the most iconic games such as Double Dragon, Street Fighter 2, Mega Man 3, AKIRA, Prince of Persia, Dr Mario, NBA JAM, Killer Instinct and many more have been uploaded to Internet Archive and anyone can download to play. This archive contains 934 ROMs playable on any browser and stretch from 1983 to 2001. Some of the games uploaded by The Hidden Palace which are a video games preservation wiki include Spyro The Dragon, and Earthbound (Mother 2) from an EPROM cartridge. If you’d like to look at the Internet Archive click here. 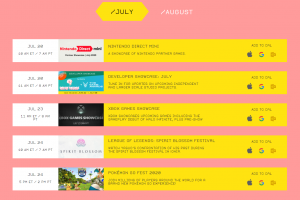 What’s coming up for the Summer Games Fest

On July 23rd Microsoft Xbox Games Showcase will be featured on loads of different streaming platforms that include Twitch, Twitter, YouTube, and Facebook pages. Where we will be getting a sneak peak into Halo Infinite as well as appearances from Hellblade II, Psychonauts 2, and potentially Everwild.

Gamescom have their Opening Night Live hosted by Geoff Keighley on the 27th of August and in September PAX Online begins which will be replacing PAX West and PAX Australia this year. PAX Online will span 9 days and contain 24-hour content from September 12th to the 20th.