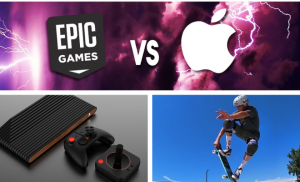 A recent update to Fortnite on mobile violated both Apple and Googles Terms of Service by providing an alternative payment option for V-bucks which also gave players a discounted rate. In response the game was removed from both stores. This was not unexpected however as Epic then filled separate suits against both platform holders and launched a pre-prepared campaign including a video which mocked the classic “1984” advertisement by Apple placing the tech giant in the place of the Orwellian Big Brother. The suit seeks to challenge Apples 30% take of all transactions and their control over the iOS platform.

In retaliation Apple has informed Epic Games that their access to development tools for both iOS and Mac will be terminated later this month. This would affect not just their games but any further development of the Unreal engine on these platforms.  An injunction has now been filled with the court to stop Apple from taking these actions while the original suit is pending. According to Epic’s filing:

“If the Unreal Engine can no longer support Apple platforms, the software developers that use it will be forced to use alternatives. The damage to Epic’s ongoing business and to its reputation and trust with its customers will be unquantifiable and irreparable.”

Good news for those waiting for release information on new consoles later this year. The Atari VCS has been given a timeframe and Australian price. In November for $699 or $849 you’ll be able to buy the new console. For $699 you can get the retro inspired console and no controller  while the $849 version sports both a classic and modern controller.

Bluemouth Managing Director, David Provan who is the Australian distributor had the following to say about the release

“At a time when we are all looking for fresh and innovative ways to consume various forms of content (both new and old), the VCS combines nearly 50 years of entertainment into one stylish creation, opening up our lounge rooms to near infinite content possibilities from one device.”

The Atari VCS comes with 100 classic Atari games and a new version of Missile Command. 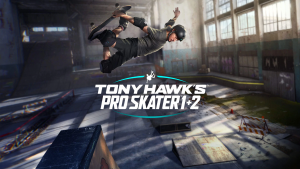 The upcoming remake of Tony Hawk’s Pro Skater 1 and 2 will rename the “Mute grab” to be the “Weddle grab” after its originator Chris Weddle,  who is deaf. In an Instagram post Hawk addressed the name change

“They referred to him as the “quiet, mute guy.” So it became known as the mute air, and we all went along with it in our naive youth. In recent years a few people have reached out to Chris (who still skates) about this trick and the name it was given. He has been very gracious in his response but it is obvious that a different name would have honored his legacy”