An entire shipment of EVGA RTX 30-Series graphics cards have been stolen in transit from San Francisco to California. More specific details about the truck heist aren’t available due to ongoing investigations, but users are warned that it’s illegal to ‘buy or receive’ stolen goods, or ‘conceal, sell, withhold, or aid in concealing, selling, or withholding’ of these goods.

If you think you may have a card that was involved in this theft, you can find out by entering your card’s serial number on EVGA’s warranty status page, or you can attempt to register your card. If you can register it, then you can rest easy. Otherwise, if a user does end up with a stolen card, it will be addressed on a case by case basis. Unity, a 3D game-development platform, will be obtaining the technology used to create Gollum for Peter Jackson’s ‘The Lord of the Rings’, and many other characters from movies, making the VFX tools available to creators all over the world.

Under the deal, Unity will be gaining the Weta Digital suite of VFX tools, as well as a team of 275 engineers, joining Unity’s Create Solutions division.

What is the price for a division responsible for ‘Avatar’, ‘Game of Thrones’, and ‘Planet of the Apes’? A cool $1.625 billion in the form of cash and stock. 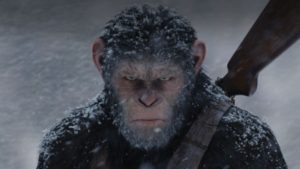 The car racing game, Forza Horizon 5, will be getting on-screen American and British sign language for cutscenes, bringing a rare level of accessibility to the game.

The feature has been shown off in a video by Playground Games, showing how a picture-in-picture sign language interpreter alongside the cinematic and subtitles. Sign language conveys tone more effectively than subtitles alone, and is an option if players have difficulty reading at the speed of the subtitles.

It’s not the only accessibility option of course, with Game Speed Modification, High Contrast and Colour Blindness modes, text-to-speech and speech-to-text options for voice chat, and a screen reader narrator, not to mention the ability to adjust font style and size.

With greater accessibility, driving cars fast will be available to more and more speed demons.