Skip to content
HomeNewsIllegal Listings, Jack Black is Claptrap, Valheim is Crushing It, and “Purple Francis” The extensions store on Microsoft’s Edge was found to be hosting copies of games such as Pac-Man, Tetris, Super Mario Bros, and even Minecraft. However, the developers listed with the titles weren’t the original developers, such as Microsoft or Nintendo, making it likely that these listings were not official copies of the games.

Many of these listings have been removed, but many titles had been reported, also under suspicious listings. Some of these alleged developers had names such as “Gamelands”, “Kday”, and “GamePro Inc”. Despite the wide array of listings, and the diverse developer names, these listings had very similar descriptions, which seems to imply coming from the same source. 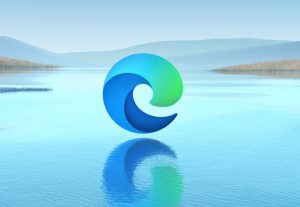 The comedian has been announced to provide voice acting for Claptrap, commonly thought of as the mascot for the Borderlands series. The live-action Borderlands movie, produced by Lionsgate, has many well known actors such as Cate Blanchett as Lilith, Jamie Lee Curtis as Dr. Tannis, and Kevin Hart as Roland, although the director hopes to be able to include fans in the cast, so that they may play as hilariously-killed-off extras. 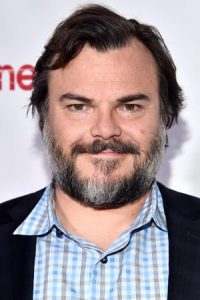 The viking survival game Valheim has sold over 2 million copies, with over 370,000 fans playing concurrently, easily moving through the ranks to become perhaps the fastest-growing hit on Steam in just 13 days.

Comparable games such as Rust, or Player Unknown’s Battlegrounds, have never hit such numbers so quickly, despite being immensely popular titles. As of right now, its player count puts Valheim behind only Dota 2, and Counter-Strike: Global Offensive, both who have had millions of players since their releases. In fact, the only other comparable game that could match Valheim’s numbers in the survival and crafting genre is Terraria.

A series of fake additions to the Left 4 Dead wiki has led to fan-art and even a mod that implements the fabricated content into the game. The wiki vandalism focused on a fake ‘cut’ character called “Purple Francis”, with a hilariously bad recolour of one of the game’s survivors. However, “Purple Francis” came with a surprisingly detailed backstory, with a tragic, untimely death. The rich “Purple Francis” lore tells us that his hue is due to an iron-rich diet, he owned a root beer factory, and had two sons, one of whom was called Skibbity. Unfortunately, “Purple Francis” is no longer on the wiki, but he lives on through fans of the character, resulting in a Discord server dedicated to him, fan art, and even a mod that includes him in Left 4 Dead. 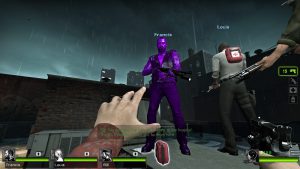 On February 18th, King of Seas, an action RPG about epic piracy adventures comes out for the PC, PS4, XboxOne, and Switch. On Steam there is the turn-based, tactical RPG The Protagonist: EX-1, and roguelike dungeon crawler Ultimate ADOM – Caverns of Chaos.

On February 23rd, you can look forward to Persona 5 Strikers for the PC, PS4, and Switch, as well as Rogue Heroes: Ruins of Tasos on the PC and Switch.