A new category has been opened on the wiki page founded by Andrew Tsai who says in a post on Monday that, “Many PC gamers don’t have a clue what they are getting into before they install the latest ‘free to play’ game, These games could contain manipulative loot boxes, hopelessly unfair grinds or game imbalancing pay-to-win unlocks.” PCGamingWiki typically looks at things like hardware, software and network related to gaming. It is a technology focused platform. The idea of this micro transactions monitoring project is to track gambling on loot boxes, cosmetics, game advantages, in-game currency, and pay-to-skip mechanics. This wiki will also keep an eye on monetization categories such as ad-supported, free-to-play or subscription. It should be interesting to see what they find. 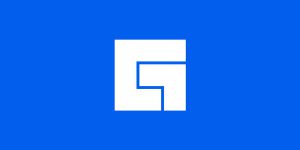 Facebook Have Launched Their Very Own Video Game Streaming App

Facebook has decided to take on the streaming giants such as, Twitch, Mixer and YouTube. The launch of this streaming service wasn’t to be expected until later in the year however has officially come out now. You can watch now on the Facebook app (Only Android currently however, iOS coming soon) you can also watch in your computer browser. You’ll be able to follow streamers, talk in the chat to other viewers as well as play games from Facebook’s library and stream them. Some of the popular games to watch on the platform right now are, Age of Empires, American Truck Simulator, COD Modern Warfare, GTA 5, PUBG and of course Fortnite. These streams currently have lower numbers but that could change which a shift in algorithms that promote streams on the Facebook app. Let’s see how Facebook take on the video game streaming world. 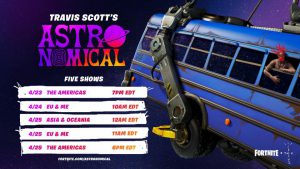 Travis Scott Will Debut His New Song in Fortnite This Week

Travis Scott is a very famous, Grammy-nominated rapper and producer who is going to ‘tour’ in Fortnite from the 23rd – 25th of April to release his new single Astronomical. Travis Scott isn’t just touring his also going to be a more permanent part of the Fortnite universe since joining the Fortnite Icon Series, which is the collection of in-game cosmetics that are inspired by artists and content creators. If you join the event you will be able to pick up an Astroworld Cyclone Glider and two loading screens for free. If you’d like to check it out Travis Scott’s concerts will be hosted at different times and days however if you’d like to tune in from Australia the Asia & Oceania concert starts at 2PM AEST on the 25th of April.