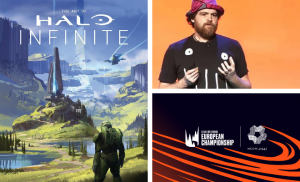 An announcement from NEOM which is a city created by the Saudi Arabian government, that was born under a regime that comes with a history of human rights abuses that includes persecution of LGBT people. Many involved with Riot including esports casters, players and developers were speaking out against the partnership in troves. This all comes after not just last year Riot Games were accused of a toxic and sexist company culture. Fortunately, however Riot have tanked the partnership with NEOM due to the community outrage. Riot have released a statement saying, “As a company and as a league, we know that it’s important to recognize when we make mistakes and quickly work to correct them. After further reflection, while we remain steadfastly committed to all of our players and fans worldwide including those living in Saudi Arabia and the Middle East, the LEC has ended its partnership with NEOM, effective immediately.” 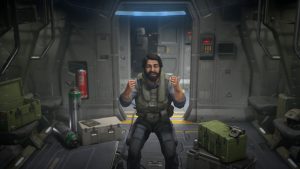 Many complaints have been flooding in about Halo Infinites lighting, low texture details and overall flat graphics. 343 Industries have addressed the issue in a community update, John Junyszek the Community Manager has said, “We do have work to do to address some of these areas and raise the level of fidelity and overall presentation for the final game,” he says. “The build used to run the campaign demo was work-in-progress from several weeks ago with a variety of graphical elements and game systems still being finished and polished. While some of the feedback was expected and speaks to areas already in progress, other aspects of the feedback have brought new opportunities and considerations to light that the team is taking very seriously and working to assess.” There still isn’t a solid release date for Halo Infinite due to come out in Summer this year. 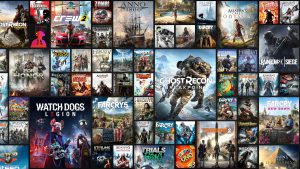 Ubisoft update Tommy Francois is officially no longer with the company

Tommy Francois was Ubisoft’s vice president of editorial & creative services, Business Insider reported on the situation stating that ‘sources with knowledge of the matter’ claim that Tommy was fired following the investigation, that is a number of harassment and abuse allegations pointed at Tommy, however Ubisoft have not disclosed the nature of his departure, so for now it stands as speculation. Francois’ departure comes after several other executives stepped down including vice president Maxime Beland, head of human resources Cecile Cornet and chief creative office Serge Hascoet.