After 5 years, Nintendo has released a software update that allows users to create folders and sort their software into groups. It doesn’t sound like much, but for Nintendo fans, Christmas has come early. Unfortunately, it’s not perfect. It doesn’t replace the home screen, which still just shows your last 10 opened games. Instead, it gives you the ability to go into your groups from the home screen using another button. Not ideal for those who wanted a cleaner look when they opened up their console. Still, it’s something!


Sony made an interesting purchase on March 21st, acquiring Haven Studios before their debut title has even been announced! Haven was founded by ex Ubisoft/EA/Google lead Jade Raymond last year in partnership with Sony. They also announced that they were working on a new multiplayer IP for the PlayStation. Clearly Sony is happy with their progress so far! It will be interesting to see what this new AAA game is. Fingers crossed the extra resources Haven gets from Sony help them develop something amazing! A new Witcher game on the horizon


CD Projekt has confirmed that a new Witcher game is in the works! In partnership with Epic, they’ll be making use of Unreal Engine 5 instead of their own REDengine, which was used for the development of Cyberpunk 2077. They have also assured fans that despite their plans for a long-term partnership with Epic, the new game is not planned to be an Epic Games Store exclusive. Fan theories are already running wild, is the hinted medallion a Cat? A Lynx? Who will we be playing? 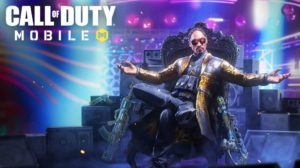 
Soon enough, you’ll be able to play Call of Duty Warzone, Vanguard, and Mobile as none other than Snoop Dogg himself! It was announced that on April 19th you’ll be able to purchase the Snoop Dogg Operator Bundle, with a full operator progression track for Snoop. He’ll arrive earlier on mobile, arriving April 1st through the lucky draw system. The full details for what’s included in the bundle haven’t been released, but it’s an exciting time nonetheless.