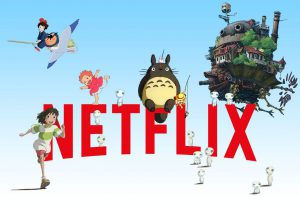 From Princess Mononoke to My Neighbour Totoro starting in February through to April. Each film will be rolled out for Netflix subscribers in Europe, America, Asia, the Middle East, Africa, Australia and New Zealand. Until recently Studio Ghibli refused to have digital copies of its content however last month began selling downloadable copies. Warner Media announced that it had been granted US streaming rights for the launch of HBO Max later in the year. For now, Studio Ghibli films are exclusive to Netflix and Netflix is going to provide subtitles in 28 different languages as well as dubbed versions for 20. The first wave of releases drops on the 1st of February and includes: Castle in the Sky, My Neighbour Totoro, Kiki’s Delivery Service, Only Yesterday, Porco Rosso, Ocean Waves and Tales from Earthsea. 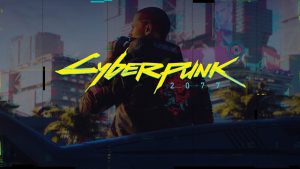 Doom Eternal has been delayed to the same date as Animal Crossing: New Horizons on March 20th and Resident Evil 3 Remake will be released in April. Final Fantasy VII Remake has been pushed from March to April, Square Enix have also delayed Marvel’s Avengers from May to September. The most heartbreaking of all Cyberpunk 2077 originally planned for April has now been pushed to September as well as Iron Man VR was set to release in February and is now moved into May. With many studios feeling the pressure to deliver there is speculation around the level of crunch these developers are going through to meet such strenuous back to back deadlines. Hopefully we don’t experience to many more delays and that developers are taking care of themselves as well as getting to play the most polished versions of these games later in the year.

Which starts on the 31st of January and will run until the 2nd of February. The Global Game Jam is the world’s largest game jam event which takes place around the world at different physical locations. This is an opportunity for game developers and alike to be creative, share experiences and express themselves in a multitude of ways using the interactive medium of video games. The event runs for 48 hours and encourages all kinds of people with different backgrounds to get involved. In 2019 there was over 860 locations in 113 countries creating over 9,000 games. Australia has many different locations where you can participate such as Brisbane, Adelaide, Sydney, Melbourne, Hobart, Launceston, Northbridge WA and Canberra. If you’d like to check out a location that suits you best, click on the link for more details here.