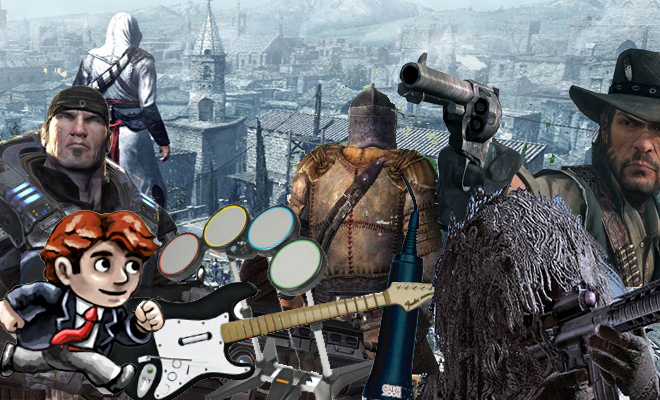 “The Games That Defined a Console Generation”

The crew discuss, as objectively as possible, the games that made a real mark on the last console generation. For better or for worse, these are the games that had impact, spawned clones, influenced the industry, sold systems (and peripherals) and shaped the gaming landscape.

For the purposes of this discussion, only games released on the 360, PS3 and Wii were considered. And yes, we are aware that we left out “Bioshock” (we all make mistakes).