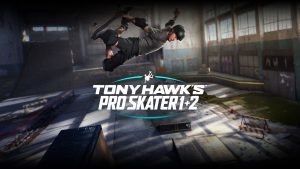 Tony Hawk Pro Skater is rated one of the best video games of all time, and not just in the sporting games category but actually of ALL TIME! For those of you who haven’t heard about this epic game it’s essentially a skateboarding video game where you get to pump out cool tricks on a variety of different maps from local skate parks to massive ramps and stadiums. You play as all famous Tony Hawk himself and as you progress in skill you are able to unlock more skateboarding legends as well as heaps of other sick things like, skateboard decks, gear, clothing, and accessories. Most of these unlockable items are from the original game however there is a bunch more added, including appropriately a disposable face mask.

Essentially THPS1+2 Remake is the exact same game as the original but with a whole new glossy look and includes incredible attention to detail when it comes to the maps, everything is lovingly touched by the designers and visually the game definitely doesn’t sell itself short. The characters, animations even the cosmetics look fully sick! 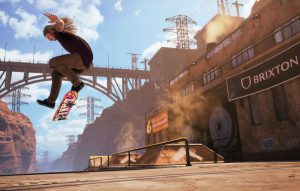 From a gameplay perspective THPS1+2 Remake gives you the power to toggle off and on the original controls if you are a purist as well as the ability to toggle off a bunch of other features including the music (which is silly and you just shouldn’t… don’t worry, we’ll get there). This game has definitely come a long way since my button smashing days of my childhood when I was grateful for anything to happen when I got some air off a ramp however the new default setting of the controls coupled with the not too ‘hand holdy’ tutorials do a fantastic job of letting you take everything at your own pace.

For those of you who have played the original THPS1+2 the remake is structured in the same way where there are tours that you take where you play through a bunch of different levels on each tour. The aim is obviously to try and get high scores, collect points, and perform cool stunts. You can also jump back and forth between games 1 and 2 with ease if you don’t want to do things in any particular order. Something new that’s interesting is the online multiplayer mode where you can play ranked or free skate modes, you can also earn a bunch of cash that you can put towards new gear (mind you I haven’t actually played the online mode yet). 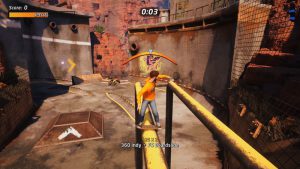 There’s also this awesome feature called create-a-park mode which, you guessed it, you can build your very own skate park and then share those parks online, it’s a great way to explore the possibilities of THPS especially if you’re into world creation. As much as there is in this awesome remake, I spent most of time trying to remember how to do combos and figure where the magical S-K-A-T-E letters are around the streets of New York City and San Francisco. 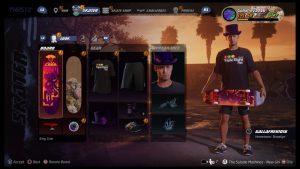 Now to the music, well where do I begin, there isn’t any singular artist that designed the music for THPS1+2 but a series of bands and artists that make up the playlist consisting of mid to late 90’s garage rock and punk bands. THPS1+2 Remake has all 22 of the original artists featured plus and extra 37 new additions to the mix, you may recognise some of them such as Machine Gun Kelly and Rough Francis, some of the oldies include Anthrax and Rage Against the Machine. All this music coupled with the sounds of skateboards on bitumen and rails makes for an epic afternoon session on the PS4. If you’d like to take a look at the full list of artists from the remake click here.

I’d like to mention that I’m someone who’s only played the original THPS 1+2 I haven’t played 3, 4 or 5, or any of the other 20 something Tony Hawk games so I can’t comment on the progression Activision has had with this series, my understanding however is that things have all been rolling downhill for a while *pun intended* if you’d like a bit of history on that here is a link to an article from Kotaku ranking the best and worst Tony Hawk games. 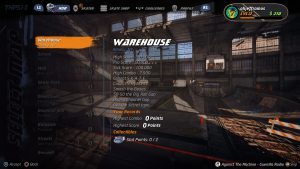 With that being said this remake has put Activision back at the top of its game *also pun intended* THPS1+2 Remake feels literally like playing the originals for the first time. I am overwhelmed by the stunning visuals, totally transported back to the 90’s with The Vandals and Dub Pistols and not to mention the heaps of fun I had button smashing my PS4 controller and hoping something cool happened. If you’re a THPS fanatic or a newbie, honestly this is a game purchase you won’t regret.