While away from my aging beast of a computer and staying with family, I found myself listless and avoidant of the games I had brought along to play on my Switch. So, like any sane person, I started trawling the Google Play store for a game. A game that was not bogged down with ads and provided some escapism from this family trip without draining the rural wifi, or relying upon non-existent mobile connectivity… and for the low, low price of freemium. This is how I came upon today’s game, Progressbar95.

Some things really bring out the nostalgia in me. I thought the sound of a dial-up modem, or the smell of warm chipsets would be the only things that could bring me back to my childhood gaming world, but Progressbar95 brought out a new one in me.

I never thought I would hear that warming computer rattle sound again, the click as the cathode ray tube monitor started up, and while the start-up sounds have been changed, they are still reminiscent of the operating system … of your choice…

Yes, not only can you relive the operating system ending in 95, but you can go as far back as inserting a floppy disk in the A:\ drive and loading your DOS operating system. You can also push forwards to the questionable choices of the present, and even sideways to operating systems you may have only ever heard of. And for those of you who had fancier parents than I, you can even unlock the other operating fruit’s systems as you progress.

So why am I dancing around the names of the systems? Because that’s what Proagressbar95 does… there will be no glass filled wall holes or fruit-based names found in this game. Instead Wista, Largehorn, and Bar OS will tickle that nostalgia nerve within. 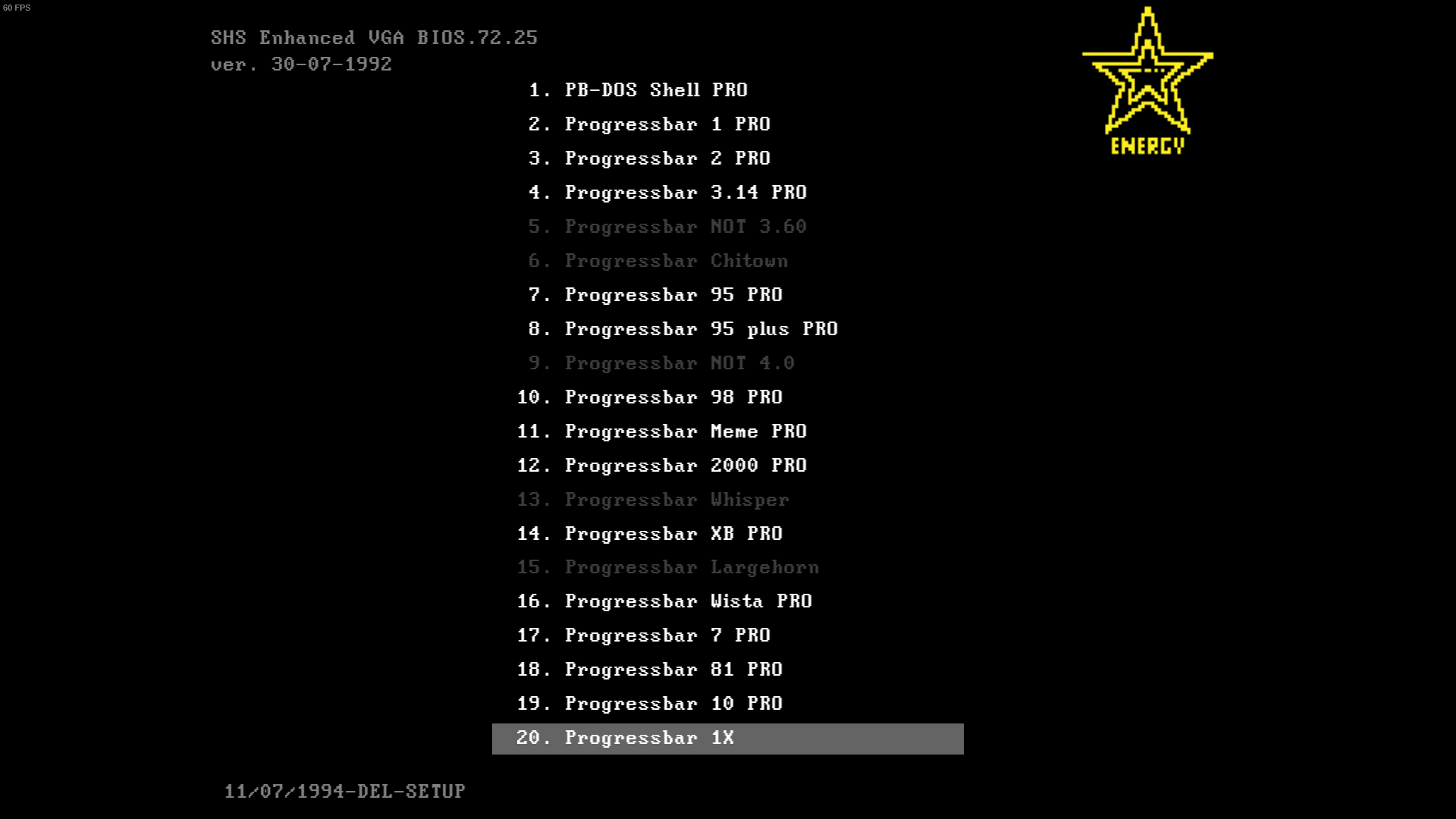 The progression of this operating system sim occurs through a range of casual arcade minigames, the premise of all being the collection of segments to complete the infamous loading bar. The points you receive award you with computer part upgrades that you need to then move to the next operating system.

The first core gaming loop to gain these points is to collect the completed blue segments as they fall from the top of your screen in the ever-diminishing space in your loading bar. All while avoiding pink errors, yellow fragmented particles, red system errors, complicated pop-ups, mines, electrical surges, occasional lasers and the omnipresent and always helpful Clippy. These are all available in the unlockable difficulties of Normal, Relaxed, Hardcore, and Custom, as well as the random bonus stages reminiscent of galaxy zooming screensavers and The Matrix’s computer interface!

But be not afraid of the many popups and system errors that will drain the heart tally at the top of your screen. You can occasionally fall back on the minigame fixes with Defrag and ScanProgress to assist you with errored segments and blue screen of death system errors. All with appropriately long cooldowns.

As you level up your skill by filling your load bar, your progression will unlock more minigames that take you deeper into the rabbit hole of nostalgia.

A selection of these being; ProgressSweeper, a mine-finding game similar to another sweeper game you may have heard of, with a double layered twist; Progress Defender, a tower defence version of the base game where you work to block the persistent Clippy and protect programs generating loading progression segments; Progress Commander, where you need to react to make sure to accurately move a command in time to build your loading column; plus so many more, and with current development schedules, even more are coming! 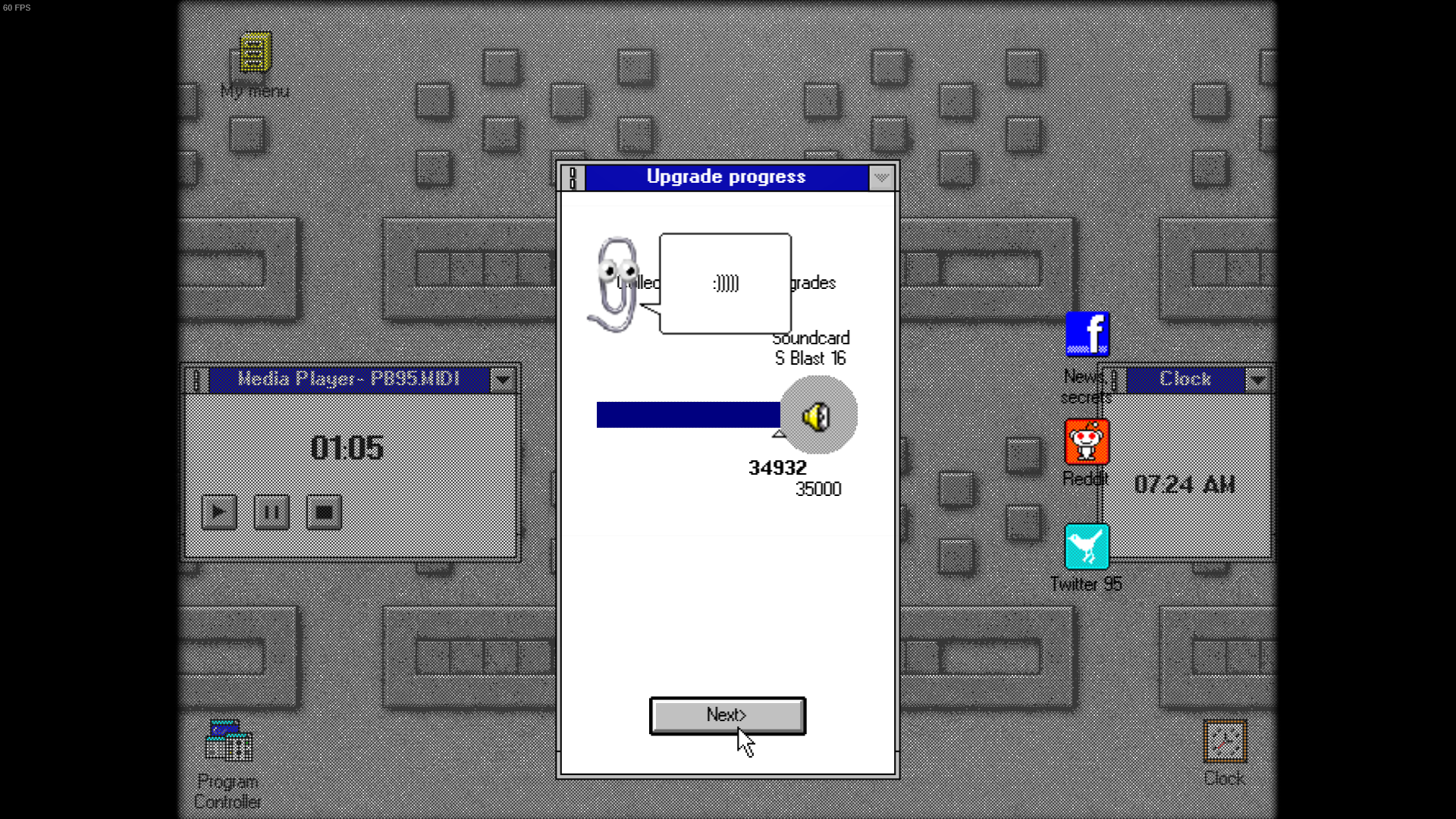 Other ways to get points can be found by finding dead pixels on the screen, or lady bugs in programs, shutting down the operating system when you finish your playtime, mini puzzles, and a DOS simulation. This is one of my favourites, as in this DOS sim Command/DOS aficionados can find hidden cheat codes and bonuses in randomized file systems and match 5 HEX puzzles, plus the ability to explore the programming files and all that entails.

Finally, there is also Bin. Bin is your Tamagotchi-esque pet who needs constant reassurance, petting, and cleaning. Cleaning this pet daily rewards you with a nice chunk of points, especially if you fill them with folders from the previous day of DOS based files. Plus seeing them grow in happiness is its own reward.

However, this game would not be the joy it is without the nostalgia that glues it together. What immerses me in this game and makes me rave to my wife about resurfacing old memories, is the soundscape changes that match the game’s visual changes. A DOS based operating system would not seem accurate without hearing the A:\ drive clunk and grind away loading up the blue visual base, and the near constant whir of fans and hard drives in the background. I was almost disappointed when I reached the point where I managed to get solid state drives removing the need for the background hum, and then with joy did I see a popup asking if I wanted to keep it.

It’s the accuracy of these and the mouse clicks, the sounds marking the opening and closing of basic user interfaces, the alert tone of system crashes and associated hardware shutdowns, all of these makes the game feel close enough to the old experiences allowing one to wallow luxuriantly in the joyous nostalgia. 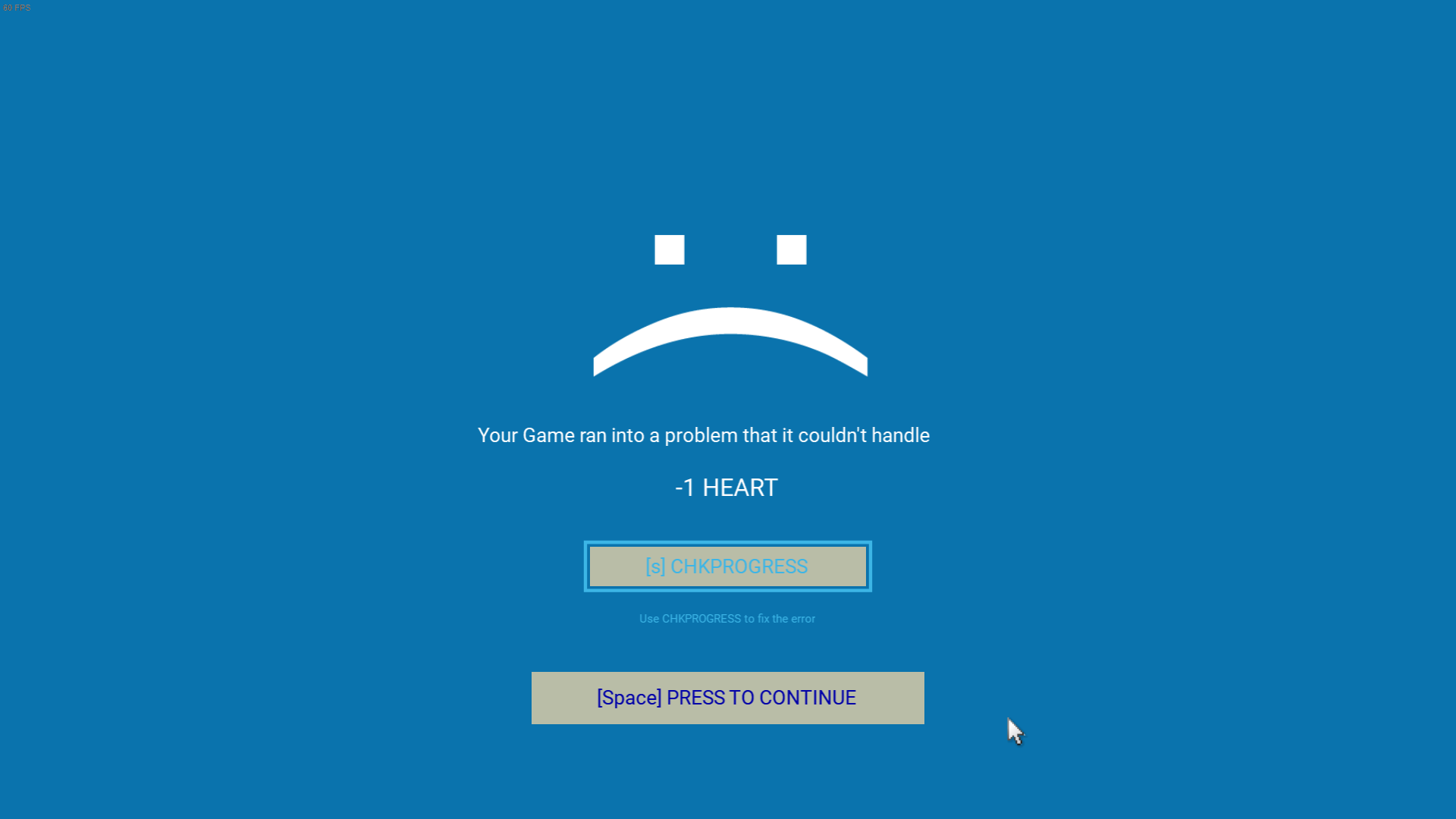 Now I experienced most of this on my PC, as once I returned from my rural family visit I wanted to explore this game through my other everyday screen. This means I generally missed-out on the pop-in advertisements and pay-to-progress elements that are built into the mobile version of this game. However, I did not find that my freemium experience was intruded or overwhelmed by these monetisation methods, and for those that do find issue with this, there is an ad-free price point available to purchase.

There are also a few bugs in the Steam version. Earlier in my game time (<20 hours) I was unsure if the game glitches were intentional or not, because, as we all know, operating systems can be very buggy. But as I put more time into the game, I was not too sure. Despite this, Progressbar95 has a great fan-based bug reporting system with constant developer updates and regular game expansions, so I can only see this game bettering over time.

So, if you are like me and remember fondly the days of A:\ drives, Windows upgrades and DOS commands, I would recommend downloading ProgressBar95, because at whatever price point you choose, the memories that this game revives are worth the price of entry. In studio: Lee, Jody & Razor
This week we review the remake of the classic co-op dungeon crawler Gauntlet (PC).
We brave the post-apocalyptic world of Wasteland 2 (PC).
Our Canberra correspondent Jessica Merceica explains why Fetch is a better protagonist than Delsin in the Infamous: Second Son universe.