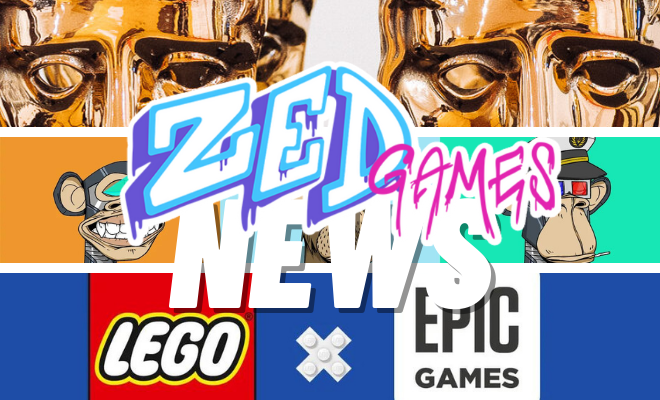 Carrion is made for those who have, in one way or another, wished to unleash their inner Mr Hyde. And a warning to the wise and not so wicked, if you dislike the creepy, or are triggered by pixelated gore, the spatter and squelch of viscera, screams of terror, or unleashing the horror within… you are probably not going to be into this.
In Carrion, you control the hive mind of a symbiotic colony of an antediluvian ancestor to the tubifex worm, resulting in a cyclopian monstrosity of Lovecraftian horror. Basically, you’re a mass of prehensile tentacles and teeth bent on freeing yourself from the scientific dissection of your biomass.

Commonly, this game is described as reverse horror. Instead of playing the protagonist hiding from the horror as it stalks through the facility seeking freedom, you are the horror.
After breaking from your containment, you stalk your captors, ripping and tearing apart the available flesh to absorb as precious biomass. The biomass you will need to protect yourself while searching for the genetic skills of your kin scattered the of throughout the facility.
Towards those that dare fire upon your amassed power, you will revengefully return to chew on their corpses for the audacity of attempting to damage your majestic abomination.

Or maybe that’s just me… What the developers at Phobia Game Studios really got right was the weight and movement in the game. The feeling of throwing doors, grates, vending machines, and human torsos come with a satisfying inertia and the added benefit of distracting – or even dismembering – your human opponents. This satisfaction also extends to the effects of your size on your movement as well.

Your own movement is also hypnotic. The worms that make up your body constantly move and shift, slinging out to fling you, swing you, and catch you. And while the movement looks complicated, it controls remarkably well.

I played on PC, and if you have ever played a shooting game, you know that your hand need not move from that position. The mouse controls your movement and prehensile tentacles while your left hand activates skills and levers, the latter of which are many.

Carrion is at its core a linear game pretending to be metroidvanian. The aim is to move from area to area, with you unable to traverse to the next without a new genetic skill. To reach the next save point, lever, or destroyable terrain piece, you are required to solve little puzzles or battle the different types of security intent on annihilating you.

And did I mention there is no map? You will have to rely on your own unique awareness and memory, a special little trap for overthinking completionists and people to took so long between gameplay that they forgot where they were up too… not that that happened to me. 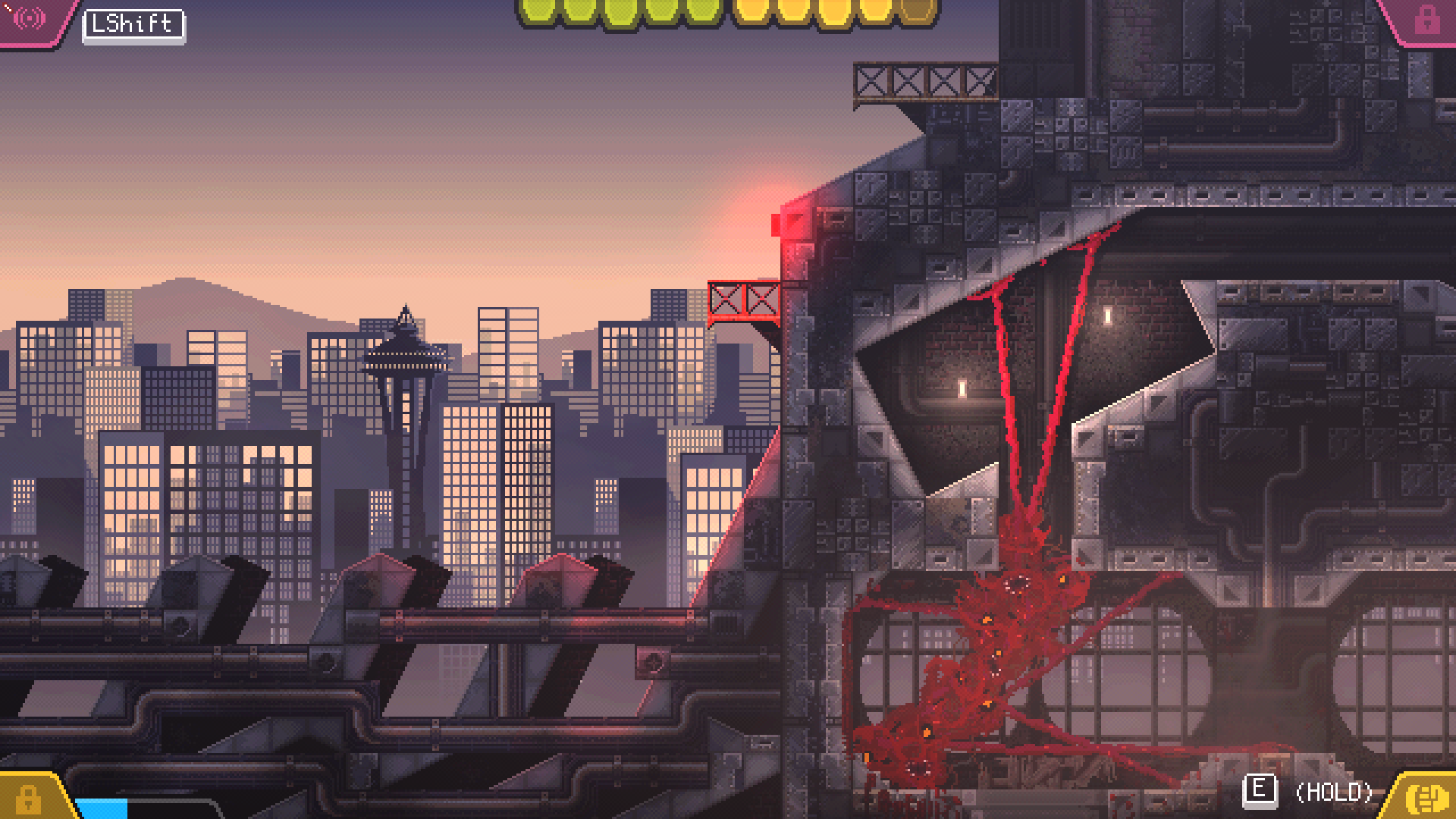 Visually, the pixel art is perfect for the transitions between the clean, bright scientific active compounds, the rusted and disorderly industrialism, and the luminous greens and blues of botanical cave systems. It also means the game can live between the super realism of our imagination and the disbelief of pixelated abstraction, allowing for a modicum of separation between you and the horrors you commit. This is especially relevant as the game play actively covers all the interacted environment with a visceral palette of reds and purples as you course through them.

Acoustically, the game does balance the need for horror elements to the environment without overdoing it. So, while the screaming and whimpering of the cowering humans is ended with the crunch of cartilage and bones, there are no wet slaps of tentacles as you traverse. Instead, a pleasant soft carolling of schwips as your weight-bearing tendrils flail about to find purchase. The atmospheric soundtrack, composed by Cris Velasco, matches the horror theme perfectly. The tension-filled tracks, rather than filling you with dread, instead drive you further into the carnage as you lay waste to all before you.

Overall, Carrion is not a long game, and manages to find a place in the truly short list of games I’ve actually finished. The game’s length means it sits comfortably between learning how to utilise all the skills, and not overstaying its welcome. If you are looking to speed run this metroidvanian world in your first playthrough, I don’t think you’re going to get much satisfaction out of Carrion. However, if you choose to relish the screams, take revenge on those that hold you back, and take your time to work through the puzzles like the Dexter you always knew you were, then I think this sinewy tale might just be for you.

It is no wonder this game won the 2021 BAFTA’s Game Awards Best Debut Game and was nominated for best original property game. 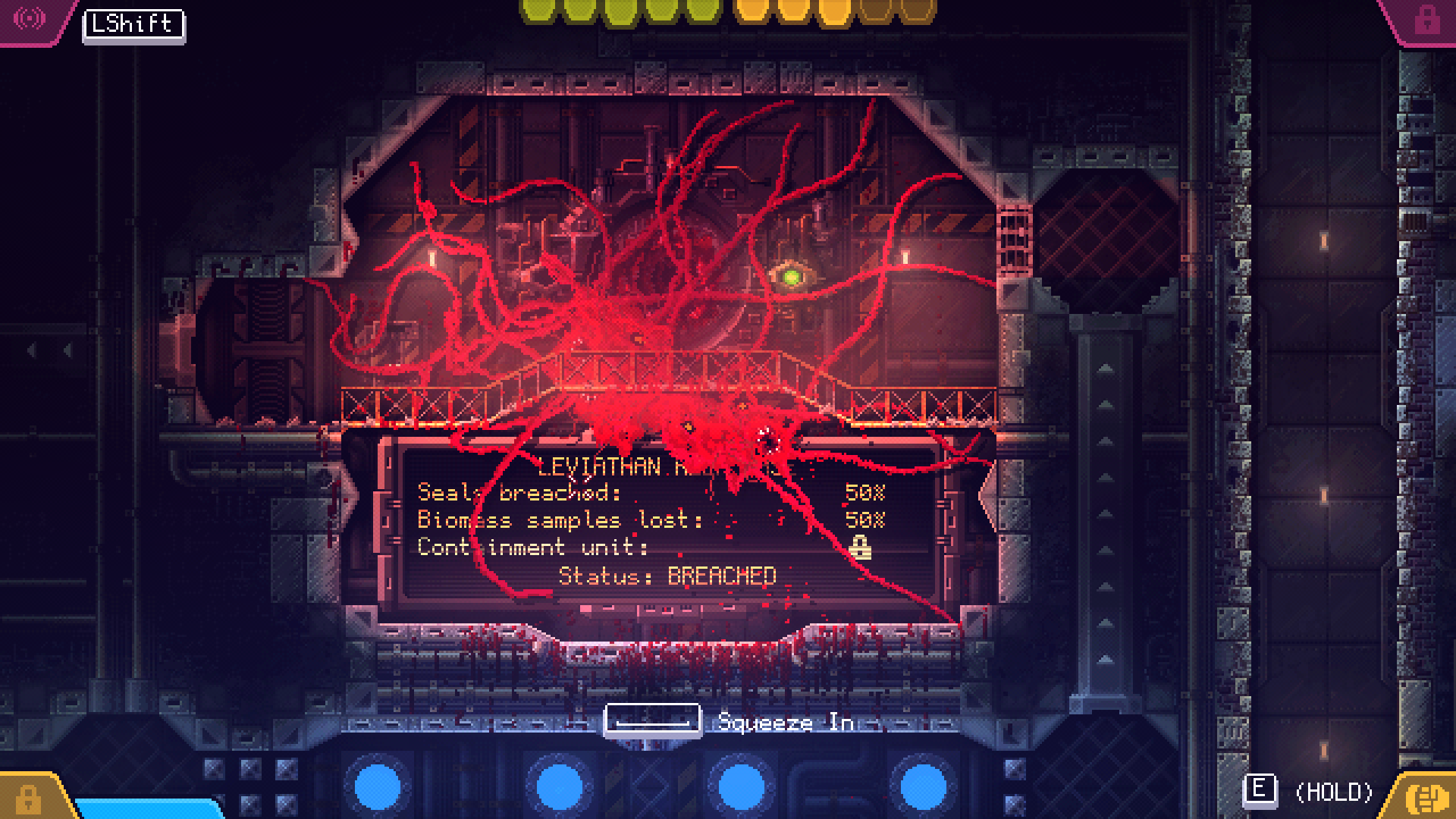