Do you remember the carefree days of your youth? Those picturesque mornings spent lounging in your loose nappy while trying to push that yellow triangle shape into that yellow triangle hole? The endorphin rush as it slipped through and you clapped your chubby little hands and smiled at how smart you were? Well, Shapez.io feeds you the same shapes from your youth, with the same chase for endorphins. This is a game, nay, and addiction, that caught my attention when described as “Factorio Light”, a base builder, puzzle & strategy game, where its light simple interface and relaxing music conceals the insanity of the game within.

The first few hours of Shapez.io has you extracting shapes from nodes of Circles and Squares and belting them to the hub. The shapes’ ponderous progression ends as they are swallowed and stashed away to be consumed for glorious levels and upgrades. This progress is marked by a Pavlovian bell and splash screen, a new building at your disposal to firstly cut the shapes in half, then turning them, then learning about colouring them, and oh the colours you will create! From the bright base colours of red, blue and green you will create majestic magenta, cynical cyan, ludicrous yellow and gloriously complex white. 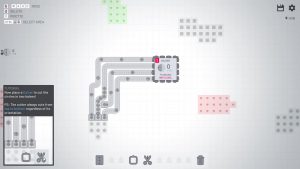 Now, as the hours pass by in a blur, it is a battle for space as you try desperately to feed shapes into the sixteen mouths of the hub, speeding your progress. The denial builds as you realise that soon you will be tearing down all your work to start over once more. Then – on the horizon – rises our saviour shape, a dearest blue teardrop marked with a pure white circle. Her appearance marks the first evolution, Blueprints. Suddenly complex shapes become a breeze as you can copy and paste structures, your factory size exploding as efficiency and balance become your bedfellows. The only thing hindering this expansion is the speed at which you can create and store these precious blue tears of divinity, as the size of the structure dictates how many of them you will need to move or copy it. 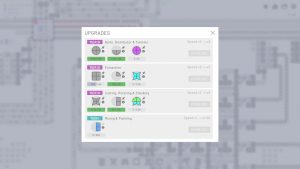 20 hours later I had gone through spreadsheets of data, many hours of waiting for shapes to be made and stored, two soft restarts, one day of depression and a race to get to level 20.

In all seriousness, the ingenuity of the game is glorious. With the infinitely generating map the only limitation is your own imagination, and possibly the speed of your computer processor. I did find it occasionally frustrating that the game could not keep up with my impressively expanding and massive factories. My aging i7 stuttered and lagged even on the lowest settings due to the lack of support for multithreading. For as the game slows so does progression, so there you must walk the tight rope between factory size and efficiency. So, you focus on upgrading your factories, so you process shapes faster and more efficiently. 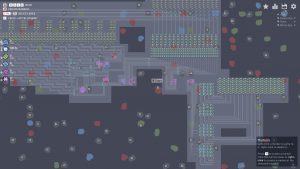 The difficulty–scaling of the different shapes is mostly well balanced with player progression. After level 20 you unlock the sub level of wires, logic gates, and others, culminating in free play mode at level 26. I sadly did not get that far, bowing out at the 26-hour mark as I unlocked the new prospect of wires and switches. One day I may gaze into the abyss of never-ending upgrades and an unending random shape generated level system beyond that.

Through all the highs and lows you are serenaded to by the hypnotic music of Peppsen. This music has a beat that motivates you, a melody to hum to, and is still chill enough to fade into the background and let you focus. Combined with the satisfying clicks and clunks to punctuate the placement of buildings and belts the soundtrack is a perfect accompaniment to the hours of gameplay you inevitably invest in this game. 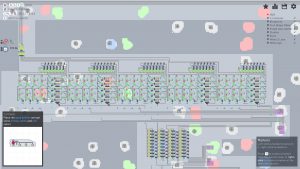 After the long days of playing Shapez.io and being washed in the relaxing sonic waves of Peppsen’s Rectangle, I am left exhausted and spent. A washed-out husk of the man I once was. But, like the addict that I am, I want more of its blessed bright and colourful shapes. I want to compartmentalise, enhance, balance, and simplify. I want to learn the secrets of wires, buttons and logic gates. I also kind of want my life back. But who knows what the future holds? There’s a patch coming on the November 26th…

Reviewed by Tobi @TobiZendemic on 4th of November 2020 This week Zed Games welcomes a toNEWbi (Tobi) to the team! We discuss all that has been happening in the week in gaming news, as well as Tobi does his first review on Shapez.io