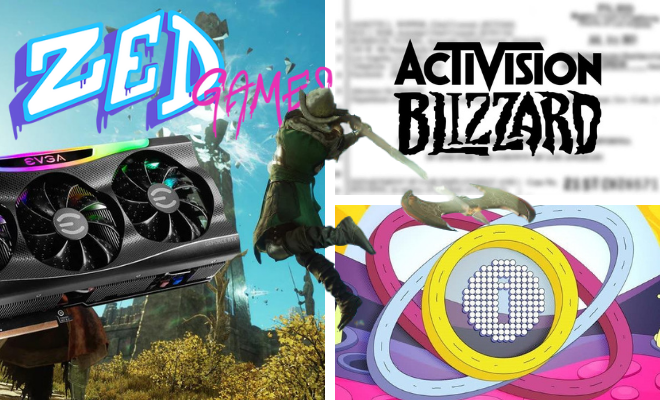 Activision Blizzard Served
On July 20th the State of California filed a lawsuit with the Superior Court against Activision Blizzard after an investigation beginning in 2018 into the company’s “frat boy” culture. The lawsuit alleges many sexist workplace issues, as well as several itemised accounts of serious allegations of sexism and harassment against women and people of colour.
In response Activision Blizzard released a statement calling the lawsuit “irresponsible behaviour from unaccountable State bureaucrats…” this was mirrored by Blizzard’s Chief Compliance Officer Fran Townsend’s internal email calling the lawsuit “distorted and untrue… factually incorrect, old and out of context…” However, since the release of the lawsuit Activision Blizzard employees have come out corroborating with the events described in the lawsuit.
The fallout of which has resulted in a petition signed by over 3200 current and former Activision Blizzard employees calling for recognition of the seriousness of the allegations, repercussions to those who dismissed them, and a safe space for people to speak out. Current employees are also staging a walkout to demand changes in the current leadership.
In response Activision CEO Bobby Kotick issued a public statement apologising for their behaviour and hiring an external law firm for confidential reporting and to review their workplace policies.

Amazon’s New World Bumps Through Beta
After delaying the release for over a year, this week Amazon opened its new game New World for the closed beta testing to those that either pre-ordered the game or were invited through a sign-up. Amazon celebrated with New World’s real-time combat MMORPG managing to accumulate over two hundred thousand concurrent players during weekend play and fairly positive feedback, but was hampered by some severe teething issues.
The most major of these was the reported bricking of EVGA RTX 3090 graphics cards. The bricking was theorised to be caused by frame rate spikes in menus and the resultant voltage spikes that fried the card. While Amazon stated that “We have seen no indication of widespread issues with 3090s…” they did release a patch to cap the frame rate of menus within 24 hours of the first reported issue. EVGA has also confirmed it will be replacing affected cards, with return forms reportedly already containing a specific “New World” category.
The beta of New World is scheduled to end August 2nd with the release date set for August 31st 2021.

Aussie Takes Independent Games Festival Grand Prize
The IGF took place on the 21st of July to celebrate the achievements and innovations of independent game developers. This year there were over 500 entries for the 8 major awards with over 60 games shortlisted for the awards and more than half of those nominated for one or more of the eight award categories. This year’s winners were:

Now for some upcoming game releases.
Scare yourself silly with Draft of Darkness, a roguelike horror deck builder, or reflect with No Longer Home, an indie game about letting go and saying goodbye, both coming to PC on July 30th.
On August 3rd, grab some friends for Rocket Rumble, a space racing brawler, coming to PC. Or try your hand at the 25 second time looping FPS Lemnis Gate, also being released on the 3rd and coming to PC, PS4 & 5 and Xbox One and Xbox Series X.
Lastly Starmancer, the interstellar construction and management sim from Chucklefish, is coming to PC on August 5th.