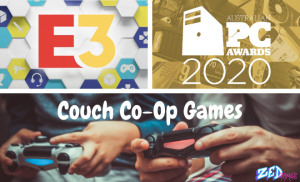 After the cancellation of this years E3 many fans and game companies were hugely disappointed instead many games publishers decided to go directly to consumers instead. Despite E3 making no comment on an online experience the Entertainment Software Association is going ahead with a show in 2021 which will run from June 15th – 17th. When ESA announced the cancellation of E3 2020 they said, “we are exploring options with our members to coordinate an online experience to showcase industry announcements and news in June 2020.” However, since that statement was made, nothing more has been said. Some game publishers have decided to go solo with their announcements this year such as; Microsoft, Ubisoft, E3, & Devolver Digital to name a few. Sadly, Bethesda have confirmed that it will not hold its annual digital showcase this year. Hopefully soon we will know more about online events. 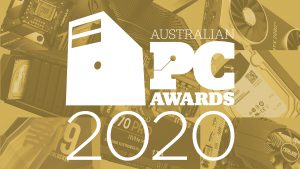 2020 Australian PC Awards have been announced

The best of 33 different categories ranging from best gaming laptop to best motherboard. Some other categories also include a Gold Award which is voted on by the readers of tech magazines such as; TechRadar, PC Gamer, APC, TechLife, and PC PowerPlay. The Gold Award looks at the overall best company for the year which was taken out by ASUS. If you’d like to look at the full list of winners in each category click here. Kotaku have released an article featuring lots of video games that are great to play with friends or family at home. The list shows a variety of games worth playing to pass the time, click here for the link. Overcooked is also a great game known to play with friends and the publishers have another great party game coming out on the 28th of April called Moving Out. So be sure to keep your eye out for that if you have a Nintendo Switch.