Freeplay is Australia’s largest celebration of Australian independent games, and each year displays a diverse array of games, made by developers from all walks of life. This year, the Freeplay Award was granted to Umurangi Generation by Origame Digital, a first person photography game set in the future.

Some other finalists includes:

For more information about Freeplay, and to check out these finalists, as well as semi-finalists, you can click here.

Fans of the books, games, and show will be able to come together for all things Witcher at WitcherCon, a digital convention taking place on July 9 on Netflix, YouTube, and Twitch.

Fans are being warned that there will be no new game announcement, however there is plenty to look forward to, such as a deep dive into the making of the games, the Netflix series, merchandise, and behind-the-scenes footage. In addition, there will be interactive panels with people involved in the creation of The Witcher, with never-before-seen reveals, and explorations into the lore and the world of The Witcher.

There is a lot more to look forward to, so if you’re a fan, definitely check out the full schedule here. 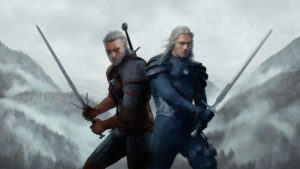 Fallout fans are probably well aware of Dogmeat, the canine companion who helps and backs up the player through thick and thin. A brave and capable German Shepard, its no secret that Dogmeat is held fondly in many hearts.

“Dogmeat is a tether.  He grounds you in the world, will always stand by you, lead you to your family, and anticipate your needs.  He wants you to be safe and happy.

In other words, he loves you.

And if love is River’s legacy, I am contented.

River had won an award for her role in Fallout 4, and true to Dogmeat’s companion role in the game, she had a major role as a companion to developers. 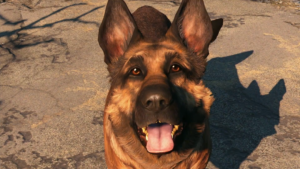