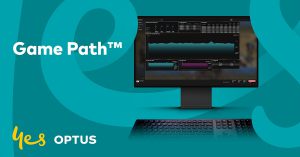 Optus has launched a tool called Game Path, a program that uses machine learning to improve latency during online gameplay. With video games becoming more and more popular, Game Path is expected to improve latency by up to 30%, providing relief to many players.

Online gamers can add the service to their NBN plan, with no lock-in contract, at an extra cost of $10 per month. Additionally, the first month is free to users, so that gamers can trial Game Path and experience the benefits for themselves.

Game Path has launched on October 6th, so you can check it out now for yourselves.

The South Australian Film Corporation has implemented a tax rebate for game development. A first of its kind within Australia, it was implemented on the 29th of September, and aims to allow developers to recoup on 10% of eligible costs on projects that have spent $250,000 on development.

The rebate is modelled after the Post-Production, Digital, and Visual Effects rebate.

The leading difference is that the Video Game Development rebate is designed to accommodate ongoing production models, as: “many games have updates, downloadable content patches, additional content for purchase, and ongoing updates, and the VGD rebate had to reflect that reality” says Vee Pendergrast.

The VGD rebate has been encouraging for those seeking a long-term career in the industry, although many have pointed out that smaller studios and projects will be left out due to their limited budgets. 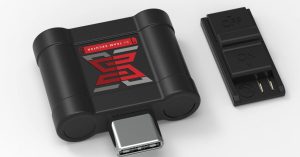 A Canadian man, Gary Bowser, has been accused by U.S. authorities of being one of the minds behind a group that allegedly creates tools to bypass security measures in video game systems.

Along with Gary, two others have been accused of being ringleaders of the group known as Team Xecuter, one of the more notorious video game piracy groups.

These devices have been marketed as being for gamers who had an interest in designing their own games for personal use, however prosecutors alleged that piracy is the leading goal for users.

Lagoa Nova Airport In A Chasm

A giant chasm has appeared in Microsoft’s Flight Simulator program. Users have discovered the glitch while flying over Brazil. Some brave virtual pilots have flown into the chasm to discover that there is an airport at the bottom! Microsoft’s Flight Simulator reflects the real world, using Bing’s mapping technology and user data to recreate the world in extraordinary detail. As a result, it is Lagoa Nova airport at the bottom of the chasm, a little airstrip in Rio Grande de Norte. In reality, it is not at the bottom of a chasm.