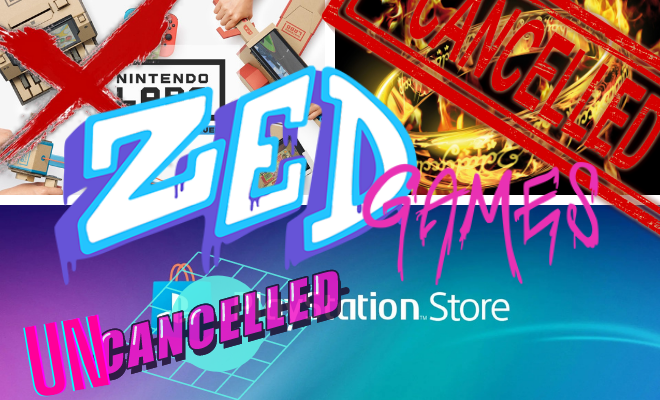 In late March Sony confirmed the online game store closure for Playstation 3, Playstation Portable, and PlayStation Vita on July 2nd. On April 15th users began to feel the first wave of effects, with patch support for many games being removed. This led to many issues, with some users being locked out of previously purchased downloadable content in games, such as Little Big Planet 2 and White Knight Chronicles, with others unable to access online play due to patch requirements. Mysteriously, some of these patches have begun reappearing after public outcry. For a list of affected games please check this link.

On April 19th Jim Ryan, CEO of Sony Interactive Entertainment, backtracked on most of the closures in an official PlayStation blog post, stating;

“Upon further reflection, however, it’s clear that we made the wrong decision here. So today I’m happy to say that we will be keeping the PlayStation Store operational for PS3 and PS Vita devices. PSP commerce functionality will retire on July 2, 2021 as planned.”

Further, he wrote that this flip was due to the “incredibly passionate” customer base’s need to be able to purchase “…classic games on PS3 and PS Vita for the foreseeable future…”

Amazon Cancels Lord of the Rings MMO after Tencent Negotiations Fall Through.

In a convoluted tale of Tolkien-esque complexity, Amazon has ended hopes of a free to play Lord of the Rings MMO in the near future.

It all began in 2018, when Athlon Games signed a licencing agreement with Middle Earth Enterprises to produce and publish a prequel MMO for consoles and PC. Then, in 2019 Amazon partnered with Athlon’s holding company Leyou Technologies to co-create and split publishing responsibilities. However, in December of 2020, just as rumours of release dates of late 2021 to early 2023 began emerging, Tencent Holdings acquired Leyou Technologies in a US$1.5 billion dollar deal.

According to Bloomberg, since this acquisition, contract negotiations have soured, with Amazon “…unable to secure terms to process with the title at this time”, making this game the fifth that Amazon Game Studio has cancelled since 2018.

Sometime between February 26th and March 5th, Nintendo axed the North American Labo homepage, and now redirects to Labo’s VR Kit sales page. According to Gamesradar, this could possibly signal the end of the cardboard accessories line-up. The kits contained cardboard cut-outs of different shapes that could be made into structures utilised in minigames on the Switch. These kits could easily be repurposed for programming and learning, and were trialled for assistance in STEM curriculums in Australia and North America, and advocated for home-based education. If you are still looking for kits in Australia, the Australian website is still available at Nintendo.com.au/labo. And should you make any mistakes, we have you covered with this link to Labo spare printable parts.

Now for some upcoming games.

On April 22nd Buildings Have Feelings Too is coming to PC, PS4, XBO, & Switch. This city management/puzzle game will have you support businesses and build new friends. And to celebrate Earth day 2021, the “Afrofuturist squad management RPG”, We Are The Caretakers is coming to steam early access with the promise of 10% of the net revenue going to rhino conservation.

On the 28th of April, Alpha Particle, a light puzzle game where you search for your purpose, comes to PC. And Genshin Impact comes to PS5.