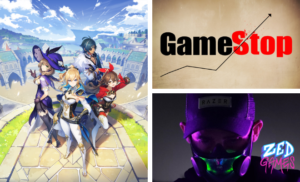 GameStop the massive video game retailer with subsidiaries such as EB Games Australia may have had a profitable fourth quarter however still hasn’t made enough to offset the losses from the pandemic. Due to numerous store front closures for the past 12 months their net sales took a dive for the fiscal year which ended January 30th. GameStop have reported net sales down by 21% to $5.09 Billion USD with a total of $215 million USD in net loss. Despite this loss it still manages to be a better year for GameStop than 2019 which was a reported loss of over $470 million USD. CEO George Sherman commented after the announcement saying, “I am proud of how our entire organization came together in 2020 to adapt to the challenging pandemic environment, effectively serve our customers’ demand for gaming and entertainment products, and navigate through the year with strong liquidity and a strengthened balance sheet,” Sherman goes on to say that he is positive about 2021 since their sales this year has already risen by 23% and that GameStop intend on investing in more technology as well as out-sourcing talent and improving upon current systems to hopefully bring more opportunities to the company and to consumers. 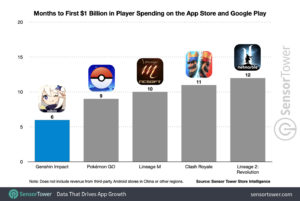 miHiYo’s popular game Genshin Impact has reached over $1B USD exclusively from its mobile versions. According to numbers from Sensor Tower the free-to-play mobile Gacha game has hit 10 figures in just over six months. It took Pokémon Go 9 months to reach that same goal. After Genshin Impact’s release in September 2020 it only took two months for the behemoth game to hit the $400 million USD mark. Remember that these figures still don’t include the PC and PS4 versions of the game and it is expected that Genshin Impact will only climb in popularity for the remainder of 2021 with the release of the game later this year coming to Nintendo Switch. 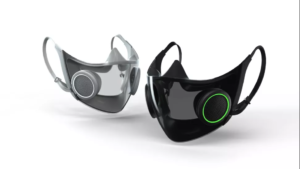 Razor makes $1B thanks to the pandemic

At the end of 2020 Razor reported revenue upwards of $1.2B which is a 48% hike compared to 2019. This is quite impressive given that Razor had reported a profit loss at the beginning of 2020. To help provide a decent spike in sales for this year Razor has just confirmed that it will be creating a RGB face mask. In an interview with CEO of Razor Min-Liang Tan shared that when the mask was first revealed there really wasn’t anything set in stone about actually making one. However, Tan goes on to say, “We were thinking, this is a concept project and is this going to be relevant when vaccinations and everything has been rolled out. I think moving forward we decided — and I can tell you now — we are going to proceed in making it a reality and ship the smart mask,” This RGB Razor face mask development has be dubbed as Project Hazel.

The Week in Gaming Releases: