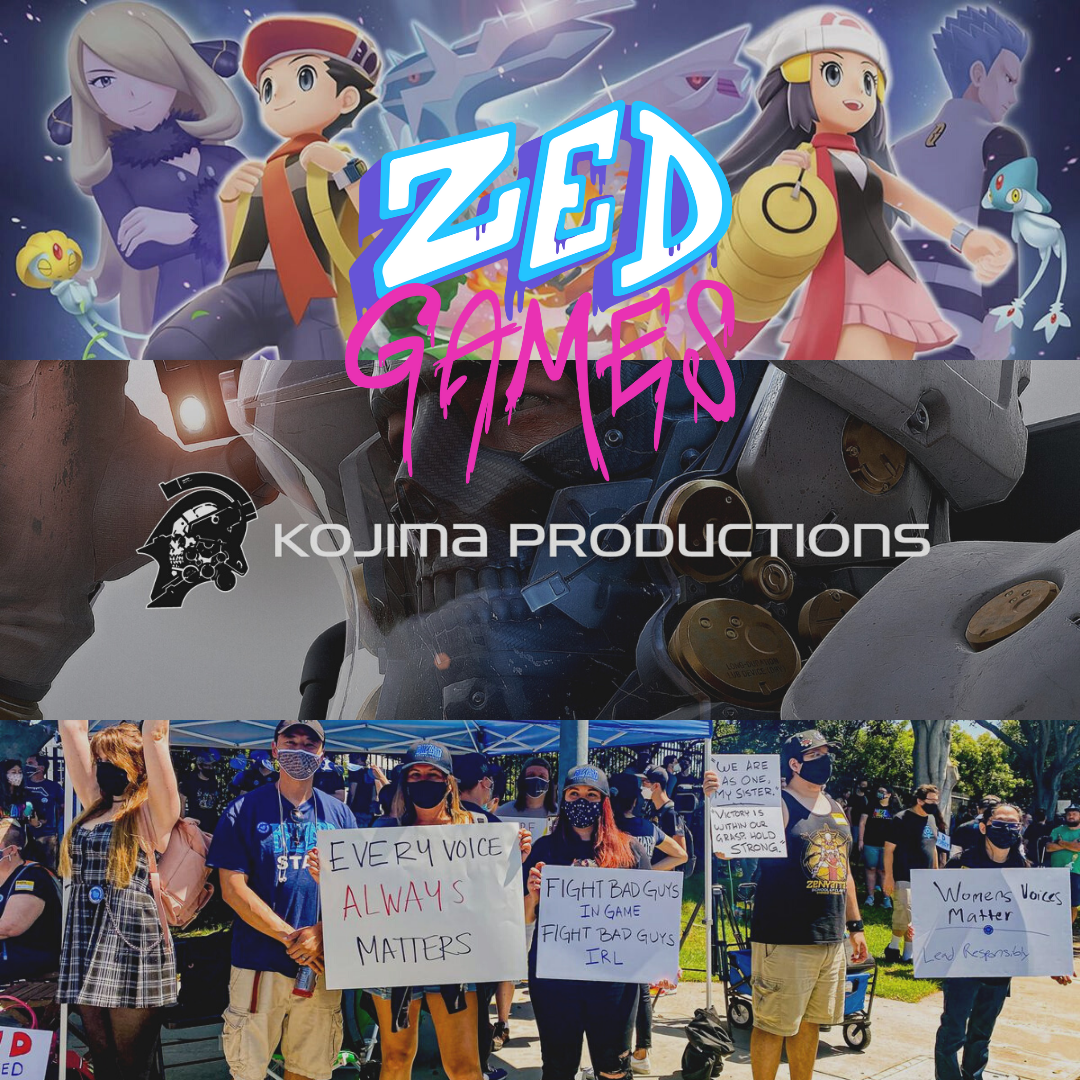 Updates on the Activision Blizzard Controversy.
In its most recent move to improve public opinion after allegations of misconduct, Activision-Blizzard has announced it has created a new ‘Workplace Responsibility Committee’. This move and the announcement seem to further cement Activision-Blizzard’s support of CEO Bobby Kotick, even after last week’s shocking reveal that he has known about the allegations for years. Still, external pressure for his resignation is increasing with demands from a group of shareholders and a second walkout from employees armed with a petition of over 1800 signatures. According to the Wallstreet Journal, despite company support Bobby Kotick has informed senior leadership he will consider leaving the company if he cannot fix the problems in its culture “with speed”.

Pokemon Brilliant Diamond/Shining Pearl Tops Charts for Release.
Recent numbers out of the UK have shown that the recently released Pokémon Brilliant Diamond and Shining Pearl games have been met with unsurprising success. For the week of their release, the games took the first and second spot in boxed game sale charts, while the double pack sat in 9th. As a duo, Diamond and Pearl are now the second biggest boxed launch across all platforms for 2021, just behind FIFA 2022, and just ahead of Call of Duty: Vanguard. Their sales aren’t quite as high as Pokémon Sword and Shield, falling 26% short, but they did come out 13% higher than Pokémon Let’s Go Pikachu and Eevee. Queensland Primed for Gaming Industry Boom.
In October QLD Premier Annastacia Palaszczuk announced the state’s new 15% rebate incentive designed to draw more games developers and studios to Queensland. This is starting to pay off in big ways with a recent announcement from PlaySide, Australia’s largest publicly listed games developer and best known for its game Age of Darkness, that they will be opening a studio on the Gold Coast in QLD. PlaySide is still scoping out a location for their studio but is hopeful it will be operational by the end of March 2022 and while they haven’t said an exact number of staff for the new studio, there are hopes in a few years’ time it will match the Melbourne Office at 100 employees. It also came out recently that PlaySide have signed an eight-figure work-for-hire agreement with 2K Games. The Agreement will see the two companies working together over the next 23 months to ‘develop a gaming franchise”. Further details are not yet available, but it seems certain we can expect good things from PlaySide and the QLD Gaming scene in coming years.

Hideo Kojima opens Movie Studio.
With the aim of “expanding the reach and awareness” of their games Kojima Productions’ has recently established a new division that will work on music, television, and film projects. The move seems overdue with Kojima’s history of obsessing about cinema in his work and his personal life. “Finding new ways to entertain, engage and offer value to our fans is essential in a fast-moving, ever-changing storytelling world,” Kojima Productions’ Yoshiko Fukuda said. “Our new division will take the studio into even more areas that present our creative narratives beyond video games and to open up ways for our fans to communicate and immerse themselves in these spaces.” And that’s all, this week, in gaming news.