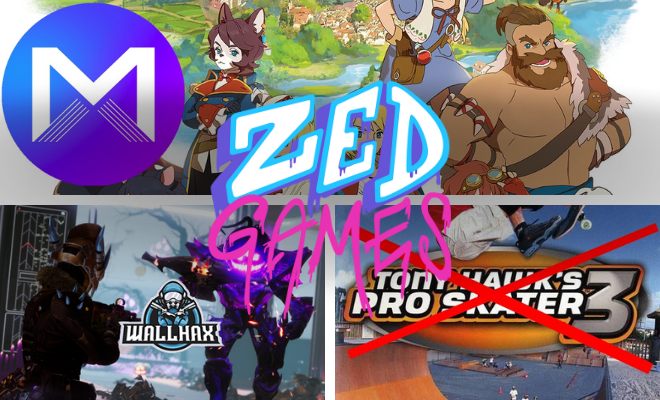 Ni No Kuni Cross Worlds Has A Bot Problem
Cross Worlds – the latest instalment in the Ni No Kuni franchise – launched last month, the mobile spin-off MMO is the fruit of a licensing deal between Level 5, creators of Ni No Kuni 1 and 2, and Netmarble, a mobile game and blockchain developer. The game is notable for being one of the first mainstream game titles to feature cryptocurrency integration, in this case the game has a play-to-earn model where in-game currency can be exchanged for Netmarble’s cryptocurrency token Marblex. The feature had mixed reactions in online communities and a month after release the doubts seem to have been vindicated as players report long queues to log in due to massive numbers of bots farming for cryptocurrency. Netmarbles announced a bot purge this week and players on Reddit have expressed that queues have now largely disappeared, it remains to be seen if the solution is permanent or not.

Destiny Cheat Creator Agrees to Pay US$13.5M
TorrentFreak has reported that the creators of cheating software for long-running shooter Destiny 2 have agreed to pay US$13.5M in damages to settle a lawsuit brought by developer Bungie. The original suit named two companies and one individual as well as a number of unnamed individuals alleged to have contributed to creation of the cheating systems. The named individual, Robert Nelson, is the owner of both companies and has accepted liability for creating software that infringed on Bungie’s copyright. Destiny 2 players have long been familiar with cheaters using third-party software to gain an unfair advantage in competitive game modes and this is only the latest in Bungie’s saga of legal action against hackers.

KOTOR 2 Switch Bug Prevents Finishing the Game
Classic Star Wars RPG Knights of the Old Republic 2 came to Switch earlier this month in a port developed by Aspyr Media and soon after release players reported a bug where the game would crash after an essential story cutscene leaving them unable to complete the game. While it wouldn’t be the first game-breaking bug to make it to release in a console port, it is rather embarrassing for a game that was already ported to mobile phones 2 years ago.

Tony Hawk Says No THPS3&4 Remaster
Famous skater Tony Hawk has stated in a livestream that following the success of Tony Hawk’s Pro Skater 1 + 2 as remastered by developer Vicarious Visions there were plans for the game’s 3rd and 4th entries to receive the same treatment. Unfortunately these plans fell through when Vicarious Visions, still riding the success of their remasters of Crash Bandicoot, Tony Hawk, and Diablo II, were merged into Blizzard and renamed to Blizzard Albany. According to Hawk and Senior Designer Andy Gentile Activision started to seek other developers after the merger but couldn’t find anyone they trusted with the series. Activision’s hesitance is understandable as the last time they handed the franchise to a new developer was for Tony Hawk’s Pro Skater 5 in 2015, a title that was almost universally panned by critics and led to the collapse of the studio that developed it and Activision losing the Tony Hawk licence.