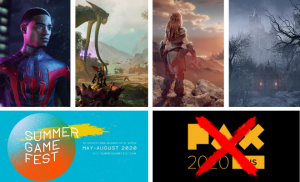 That’s right let’s recap some of what’s been happening with the replacement E3 events this last week. Due to the coronavirus pandemic E3 2020 was cancelled earlier in the year however thanks to the awesome power of the internet streaming vir Twitch, YouTube and other platforms has made game publishers and developers game reveals, announcements and revolutionary game changes easier to broadcast despite the physical setbacks.

Let’s run through some of the highlights so far

Star Wars Squadron was announced by EA and dropped the reveal trailer teasing you with; space combat, X-wings, Y-wings, A-wings and more.

PS5 unveiling which showcases a design not yet seen in any other console made by Sony. If you haven’t already seen the memes circulating might I suggest checking it out. Jim Ryan the President of Sony Interactive Entertainment has said, “The PlayStation sits in the living room of most homes and we kind of felt it would be nice to provide a design that would really grace most living areas. We think we’ve been successful in that.”

Just before Sony PS5 reveal Xbox dropped another promo for the Xbox Series X showing off new footage of games as well as some gameplay.

PlayStation also revealed many games coming to the future gen console, some of the big ones to highlight are:

There’s also Horizon Forbidden West the sequel to Horizon Zero Dawn this instalment will feature Aloy yet again travelling farther than ever before where she will encounter new wildlife, beautiful scenery, and of course captivating narrative.

Ratchet and Clank are back in a new game that will feature a story about multiple dimensions.

Other games coming to the PS5 are: Resident Evil Village (Sequel to Resident Evil 7), Hitman 3, Demon’s Souls Remake, GTA 5, The Last of Us Part III, Destiny 2, Gran Turismo 7, and NBA 2K21. There are many many more and if you’d like to check out the full list click here. 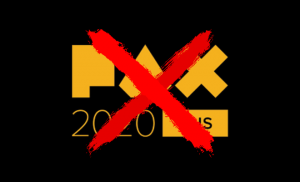 PAX Australia 2020 has officially been postponed

The PAX team posted a statement on the 16th of June saying, “It is with a heavy heart that today we announce the postponement of PAX Australia 2020, due to the ongoing impacts of COVID-19 in Australia and globally. While we can’t move forward with PAX Aus 2020 in the way we normally would, we are finding new and exciting ways to connect you and the PAX community with your favourite content and creators. Stay Safe and be kind.”