Skip to content
HomeNewsSoulja Boy Did What & What Did Snoop Say Twitch streamers are planning a protest

A group of streamers intend to turn off their channels on September 1st to protest the slow response from Twitch with regards to addressing a spike in bigoted harassment on the platform. This protest has been organised by RekItRaven using the hashtag #ADayOffTwitch. This protest has been brewing for a long time with streamers expressing their frustrations over the last few months. A lot of the harassment issues these streamers appear to be facing involve what is called “hate raids” where users will create a large number of dummy accounts and use bots to spam channels with hateful messages. Twitch promised back in August that it would launch channel-level ban evasion detection as well as improvements to its account verification process, however streamers are still waiting. Streamers have decided to take matters into their own hands by using third party software to attempt to combat the hate raids. Twitch have still yet to respond to the issue. 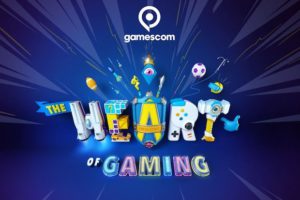 Germany’s 2021 Gamescom is going off with a bang

Featuring many big announcements from the likes of Nvidia with their games Myst and Guardians of the Galaxy getting ray-tracing support for PC. Xbox brings a new flashy controller to accompany Forza Horizon 5 and another controller for Halo Infinite not to mention what has already sold out the Halo Infinite themed Xbox Series X, The Sims 4 gets a free update the Industrial Loft Kit. Toplitz Productions announces Starsand for you survival game lovers where you must survive the desert dunes from giant sand worms. Destiny 2 reveals The Witch Queen to be launched in February. Broken Roads created by Aussie developers Drop Bear Bytes looks to be releasing in 2022. Another Aussie game that brought you Yonder: The Cloud Catcher announces Grow: Song of the Evertree and shows off a heap of solid gameplay. As well as so many other games such Pets Hotel which is literally a hotel for pampering and taking care of pets to indie watercolour game Torn Away set in WWII. The most recent announcements are Horizon Forbidden West to be released on PS4 & PS5 on the 18th of February 2022 and the Official LEGO Star Wars Skywalker Saga is expected somewhere between March and June next year. Gamescom will run until August 27th with hopefully more awesome drops to come. 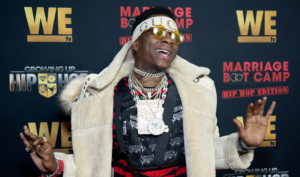 Soulja Boy claims to own Atari

You heard me; world famous rapper Soulja Boy posted a video online claiming that he signed two deals with Atari making him the first rapper in history to own a games company. Atari were forced to respond to the matter with a Tweet that says, “We know that CEO of Atari is a dream job, but that honor belongs to Wade Rosen.” We can say with certainty that Soulja Boy does not own Atari. 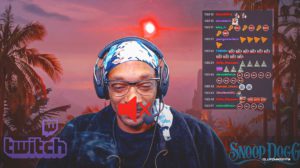 Speaking of world-famous rappers Snoop Dog loves to stream on Twitch and recently he has moved his gaming set up and has some how accidentally muted himself. It’s so far been three whole streaming sessions and he still hasn’t noticed. You’d think he might by now he would however, unfortunately, Snoop Dog has his Twitch chat disabled and unless someone has his number it doesn’t appear like he is unmuting himself anytime soon.