Skip to content
HomeReviewsJournalism, Reviews, and Accessibility in Video Games 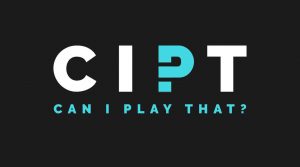 Can I Play That?

Can I Play That? was established in 2018 as a hub for disabled voices in gaming and serves the disabled community with perspectives and reviews full of information relevant to their experiences and abilities, information that is difficult to find in traditional games media. Can I Play That? has also found another purpose through its ability to not just inform its primary audience but to give feedback to developers and create conversation about accessibility within the community.

I spoke with mobility editor Grant Stoner of Can I Play That? about his and his colleagues’ work in showcasing the importance of developers using a holistic approach to accessibility and enabling use of a broad range of accessibility options from beginning to end of the gaming experience.

Grant spoke to me of his own experience writing one of his first accessibility reviews for Can I Play That?, he noted in his initial review of Gears of War 5 that the game was rich in accessibility options that made it easier for him to play, but lacked the option to toggle many actions such as aiming on and off during play so that players were forced to hold buttons down for extended periods. Less than a month later he was forced to update his review as developers The Coalition had pushed an update adding the ability to toggle aiming to the game.

It’s easy for accessibility features to feel tacked-on to a game and fail to provide real solutions to the variety of barriers players can face, but Can I Play That? has become a hub for a growing movement in the games industry that embraces accessibility as an ongoing process, one that starts at the beginning of development and continues after release.

2020 Can I Play That Accessibility Awards

Can I Play That?’s 2020 Accessibility Awards have concluded and the winners have been announced. Taking the top award of Best Overall Accessible Game was The Last Of Us Part II, a game that debuted mid-last year to rave reviews of its wide array of accessibility features and was regarded as a milestone for gaming accessibility. 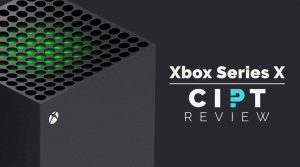 Can I Play That? also has continuing coverage of 2020’s next-gen console launches, including accessibility reviews of the Xbox Series X and PlayStation 5.

The PS5 coverage so far  has praised features like automatic screen reading, system-wide accessibility settings and UX improvements. The included DualSense controller was divisive as its advanced haptic feedback was great for blind/low-vision players but left the controller bulky and difficult to use for those with mobility issues.

The Xbox Series X  shares most of its features with the existing Xbox One iterations, the familiar updated UI and Game Pass access, both already popular with disabled gamers. Backwards compatibility of both games and controllers and the lack of Series X exclusives both make the Xbox ecosystem more appealing for gamers of all kinds. The new console also comes with a new, slightly smaller controller design with improved grip.