Roblox Is Getting Voice Chat

The popular online play space will be introducing voice chat as a feature! Roblox is an online game platform and game creation system, where players can create games and environments and then play and interact in those spaces, making it a popular online hangout. Voice chat is on the way, starting with ‘spatial voice’ for developers, to test the concept of realistic conversations within the game, mimicking the way that voices carry in the real world.

There are concerns on how these conversations can be moderated, especially considering that a large portion of Roblox players are minors. As a result, voice chat will have a slow rollout, with initial access only being available to 5000 developers. It has been suggested that voice chat may never be made available to those under 13, depending on how each stage of the rollout progresses. 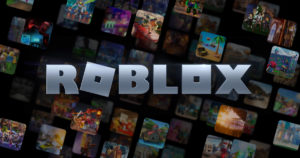 You Will Be Able To Upgrade Horizon Forbidden West To The PS5, But There’s A Cost

With many people unable to get their hands on the PS5, it has been a relief to know that many PS4 games will include a free PS5 upgrade for when players are able to get the next-gen console. So many fans were disappointed when Sony initially announced that Horizon Forbidden West wouldn’t include this upgrade.

Thankfully, Sony has retracted this decision, and people who buy a copy of Horizon Forbidden West for the PS4 will be able to receive a free upgrade allowing them to play it on the PS5.

However, Sony has confirmed that from this point onwards, all PS4 games both digital and physical will come with a $13 AUD upgrade fee for the PS5 version of that same game. This will include games such as Gran Turismo 7, and the next God of War. Tripwire Interactive CEO John Gibson is stepping down following backlash against his tweet supporting the recent Texas restrictive abortion laws, which allowed citizens to sue anyone who aids the procedure.

“His comments disregarded the values of our whole team, our partners, and much of our broader community. Our leadership team at Tripwire are deeply sorry and are unified in our commitment to take swift action and to foster a more positive environment,” says Tripwire representatives.

Current Vice President, Alan Wilson, will take over as interim CEO. Alan has worked with the company since its formation in 2005 and takes an active lead in Tripwire’s business and development. There are intentions to address concerns within and outside the company, starting with a company-wide meeting to promote open dialogue. 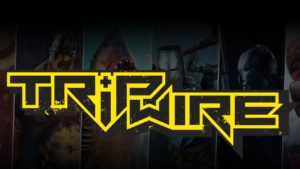