Sony’s PlayStation 5 tech specs and the all the details

The next generation console will be arriving later this year which is generating a lot of hype however there have been many unanswered questions from Sony. Finally, however, Sony have officially revealed what is going on under the hood of the PS5. With a new custom audio chip designed to process audio and 3D audio, 5 epic games on launch (Assassin’s Creed Valhalla, Godfall, Outriders, Fortnite and Destiny 2) also little hint there maybe Horizon Zero Dawn but nothing is confirmed. Sony are also promising no loading screens and virtually no time wasted waiting for games to install. The PS5 is going to be backward compatible with PS4 games and also contains a 8-core Cell CPU which cost almost $400 million to develop, supports 8k resolution, PSVR and the controller may actually have a built in mic feature. There are so many more details on the specifications of this next generation console to check it all out click here. 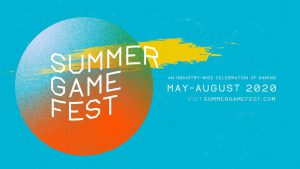 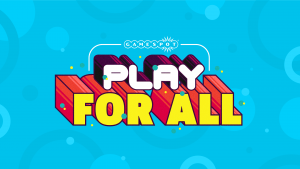 There will be loads of other game’s companies showcasing their works as well as big announcements. The Summer Games Fest has been running since May and will end in August this year featuring Cyberpunk 2077, World of Warcraft, EA Play, Marvel’s Avengers, and a Developer Showcase looking at indie developments.

There’s also Gamespot’s Play For All event which started at the beginning of June and is a multi-week event showing news, previews, interviews and lots more. This event will be raising money for the COVID-19 relief efforts and is in partnership with Direct Relief. Some of the publishers attending are: CD Projekt Red, EA, Bethesda, Deep Silver, Devolver Digital, Google Stadia, Square Enix, Sega, and many more. There currently have daily streams which you can check out on the websites click here for Summer Games Fest and here for Play For All. After nearly 8 years of trying and trying again Ryan has done it with an incredible time of 1hr, 38mins and 28secs. The previous record was 1hr, 38mins and 43secs shaving off 15secs from the previous time. The special moment was captured on Twitch.tv from Ryan’s stream after trying for almost 6 hours that day he finally had his moment. Once he broke the record Ryan bursts into tears of joy, his mother comes into the room asking if he is okay, he tells her that he finally did it and broke the world record, both of them were overjoyed and began to hug. Ryan’s mum then insists that his probably dehydrated and needs a drink of water. Ryan’s Mum says, “his always been number one in my heart.” Ryan aka Simply says, “I have the best family and the best community, I am blessed. Thank you everyone.”