Nintendo’s Direct Announcement
This week’s Nintendo direct announced a stack of new Animal Crossing content coming in the free 2.0 update. Long awaited Brewster will be serving coffee at the Roost, new boat tours with Kapp’n, Cooking, Farming, Gyroids and so much more. However, with some of the content spoiled by datamining as early as 16 months ago, the announcement has left some gamers jaded.
In the same direct, Nintendo announced the Animal Crossing Happy Home Paradise DLC, and its inclusion in the Nintendo Switch Online Expansion Pack. While the DLC includes long awaited jobs for Animal Crossing it also carries the Nintendo 64 and Sega Gensis emulation and libraries including the games; Super Mario 64, The Legend of Zelda: Ocarina of Time, Banjo-Kazooie, Ecco the Dolphin, Streets of Rage 2, and Sonic 2, to name but a few. Later that same day, the pricing of the Expansion pack was released with it costing at least another $30 on top of the current yearly subscription plan. The video announcing this is currently the most down voted video on the official Nintendo YouTube channel with over 80 thousand dislikes at the time of writing.
In other Sega news, with last month’s closure of the legendary Ikebukuro Sega store after three decades of operation, it was rumoured to mark “the beginning of the end of the golden age of arcade gaming.” However, on October 16 Sega announced via twitter the opening of a new Ikebukuro store to open Friday October 22nd and teased more surprises to come.

Console Truce?
In further console news, a report from Hub Entertainment Research shows more people than ever owning both a PlayStation and Xbox with over a third of respondents reporting to own both. And for those searching for one of the consoles, Sony has created an online lottery for those still clamouring to buy a PS5 in the US. By registering their PSN account through Sony they can choose to elect either the standard or digital edition. Sony will then allocate available stock through quoted “previous interests and PlayStation activities” and will inform people via email when their console is available for purchase.
For those waiting for an Xbox Series X or Xbox Minifridge, sadly you’re out of luck with US, UK and Europe selling out of the fridge within 30 minutes of release and the Xbox Series X still hard to find in Australia except through scalpers on eBay.

New Home for NFT Based Games.
On October 15th Age of Rust developer SpacePirate announced that Steam was “kicking *all blockchain games* off the platform, including Age of Rust…” due to Valve extending the policy to ban games with items with real world monetary value to include NFTs. While Valve has not made an official statement, Steamworks onboarding Rules and Guidelines have been updated, now stating that “Applications built on blockchain technology that issue or allow exchange of cryptocurrencies or NFTs.” should not be published on Steam
Epic Games’s Tim Sweeny announced the next day via Twitter that the Epic Games Store would allow NFT titles but not cryptocurrencies with the caveat that they will follow relevant laws, disclose their terms, are age-rated appropriately, and use their own systems to process payments.

Accreditation and Unionisation.
The long-awaited Metroid Dread’s release has been marred by developer MercurySteam refusing to credit employees who worked on the project for less than 25% of the games development time. MercurySteam stated that those who “had significant creative and/or technical contributions” were credited even when they did not meet the 25% minimum. Other developers have faced similar criticism with Ubisoft relegating former Far Cry 6 devs to the “special thanks” section of the credits.
In other business news, Paizo, publisher of the Pathfinder series, a popular tabletop paper and pencil RPG, have had over 30 of their employees form the United Paizo Workers union after the firing of Sara Marie for “undisclosed reasons”. After the fallout, Paizo president Jeff Alvarez, promised vague improvements. The union’s press release claims coverups “by those at the top”, that workers are underpaid, and “subjected to untenable crunch conditions on a regular basis.” The union urges management to voluntarily recognise the union as it “…pushes (sic) for real changes at the company.”

Now for some upcoming games!
On Thursday the 21st, try the 2D biopunk point and click Growbot, or travel the sand seas of Sands of Aura, both coming to PC. Also, Resident Evil 4 VR is coming to Oculus Quest 2, and the Victorian puzzle platformer Tandem: A Tale of Shadows is coming to PC, PS4, Xbox One and Switch.
The third in The Dark Pictures Anthology: House of Ashes comes to PC, PlayStation, and Xbox on the 22nd.
On Tuesday the 26th, release your inner necromancer in the roguelike The Unliving or the antique restorer within in Workshop Simulator, both coming to PC. Marvel’s Guardians of the Galaxy also comes out on the same day for PC, PlayStation, Xbox, and Switch.
And finally on Thursday the 28th Age of Empires 4 is coming to PC and GamePass, the fifth of the Fatal Frame series Maiden of Black Water comes to the PC, PS4, Xbox One and Switch, and the extreme multiplayer sports game Riders Republic comes to PC, PlayStation, Xbox and Stadia. 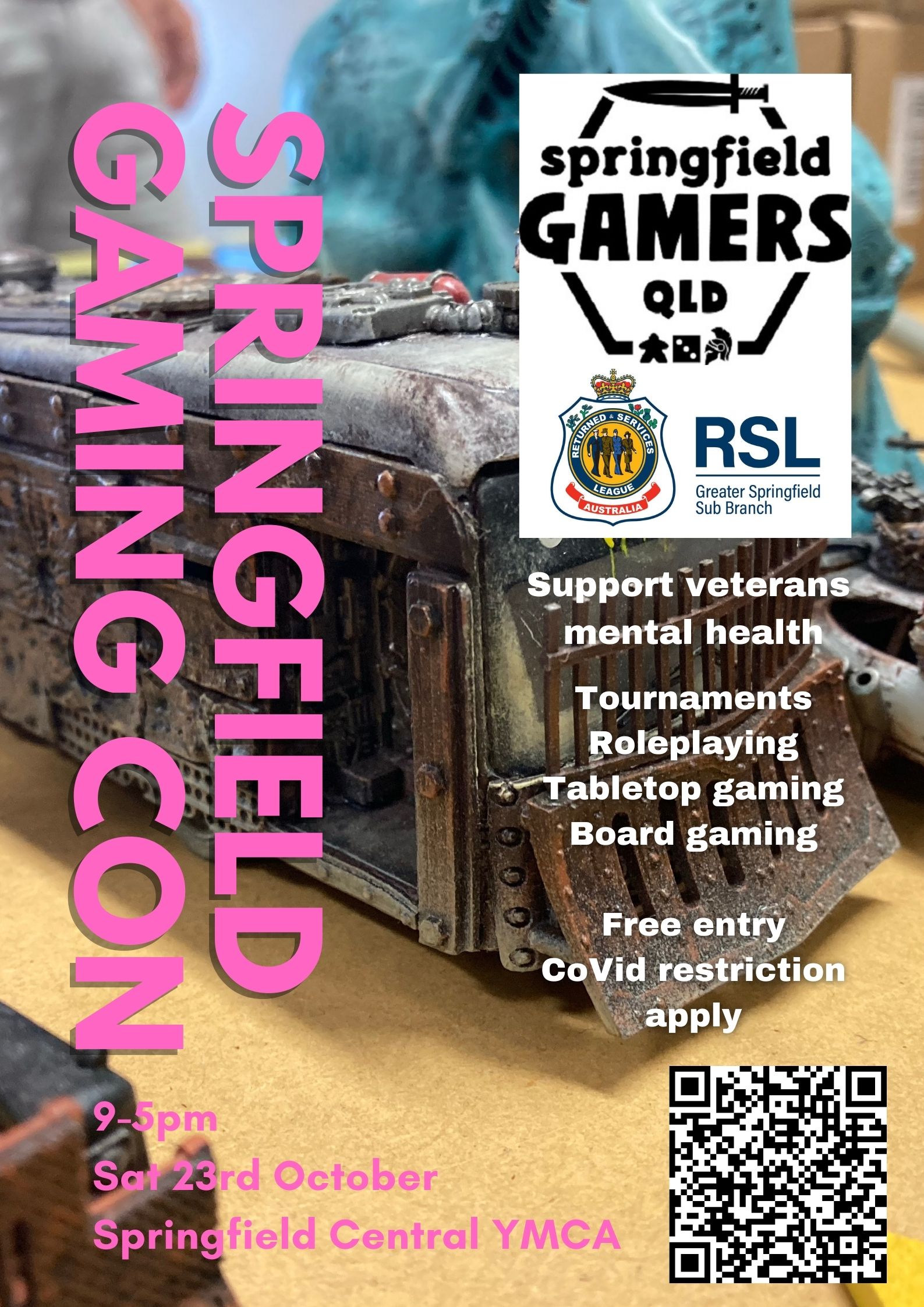 In Community Announcements:
Springfield Gamers are organising an event to encourage veterans, serving personnel and their families to check out gaming as a hobby. They are a face-to-face gaming club for gamers of board games, tabletop games and roleplaying games.
The event is free for general admission, with a range of demo games like Kings of War, and Gaslands, a board games library, and tournaments of Warhammer 40k, Flames of War & Teamy Yankee happening alongside modelling tutorials. The event will be taking place Saturday October 23rd from 9am to 5pm at the YMCA Springfield Central. Click here for more info or to head over to their Facebook page.