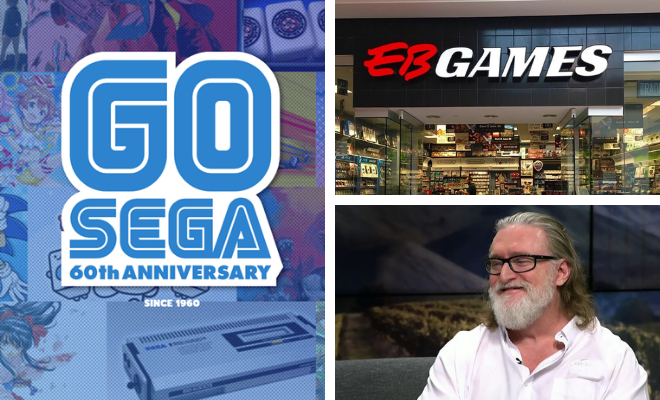 Happy birthday Sega who turns 60 this year. In part of the celebrations the company has launched the “Sega 60th Anniversary celebration” featuring a number of game deals, giveaways and various weekly content drops going all the way up until December 8th. Among the drops they released a number of small free games. Armor of Heroes a combat inspired 4 player tank game by Relic Entertainment, Endless Zone a shmup by Amplitude Studios, a Streets of Rage inspired beat-em-up based on the Yakuza series titled Streets of Kamarocho and Golden Axed a prototype for a canceled Golden Axe reboot developed by Brisbane’s own, now defunct, Sega Studios Australia.

The steam page for the prototype read “Golden Axed may be janky, may be buggy, may be an artefact of its time, but it offers a unique glimpse into the prospect of a project that could have been.” Which was taken unkindly by the original developers who had no idea the prototype would be released. Developer Tim Dawson responded to the release on twitter. “this project was my personal nexus of nightmare hours, inept management, industry realisations and heroics achieved with a small team under unreasonable conditions, so it’s an odd feeling to see it surface eight years later without context, credits and with a joke title sequence”

Sega have since changed the Steam description. If you’d like to learn more about what happened with the project and insights on how the prototype was developed check out Tim’s twitter account @ironicaccount Gamestop and Microsoft reach an agreement on digital revenue sharing

Gamestop, the US based game retailer and parent company of EB Games has come to an arrangement with

Microsoft which will give the company a cut of all digital revenue on next gen Xbox consoles they sell. According to analyst Anthony Chukumba:

“The way it’s going to work is for every Microsoft Xbox console that GameStop sells going forward, GameStop will get some percentage of the revenue from every digital full game download, DLC, microtransaction, and any subscriptions as well,”

How much of a slice Gamestop will receive is still unclear but it is an unprecedented agreement at a time where digital sales continue to cut further into physical retailer’s revenue. President of Valve, Gabe Newell, has been living in New Zealand since March after deciding to stay once COVID-19 restrictions came into effect whilst on holiday. During a zoom meeting with Geoff Keighley for the Game Awards Newell shared his positive experience of the country and suggested Valve is looking at possibly  moving to the country.

“Because I’ve been going on a pro New Zealand campaign lately I’m probably going to be meeting with the Prime Minister. And one of the positions I’m going to be arguing for is that, given, that there is something super valuable that has been created here in New Zealand, due to the hard work of the population of New Zealand, there is likely a large want to temporarily relocate production teams into the country.”