“Beyond Blue takes players into the near future, where they will have the opportunity to explore the mysteries of our ocean through the eyes of Mirai, a deep-sea explorer and scientist. She and her newly-formed research team will use ground-breaking technologies to see, hear, and interact with the ocean in a more meaningful way than has ever been attempted. The game features an evocative narrative and exploration of an untouched world.” – E-Line Media Game Description

Beyond Blue is evocative and heartfelt in its design. E-Line Media have a statement that says, “Inspiring Players to Understand and Shape the World.” And that is exactly how I felt about Beyond Blue. This wonderful ocean research game was inspired by Blue Planet II and you really do feel the passion and love for the ocean throughout its narrative and educational aspects.

You as the player Mirai love whales and spend time with a family of sperm whales with their new born calf Andrea. You follow Mirai on her personal journey above the water as well as her professional life underwater where she hosts live streams called OceanX Streams, collecting samples from the ocean floor, tracking marine life and of course discovering the mysteries of the ocean. All this to help educate the wider world about the “blue heart” of the planet. 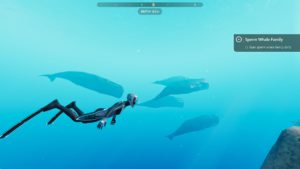 There are in total 8 dives each one lasting anywhere between 15 minutes and upwards of 45mins depending on how much you like to explore. Mirai has her home base which is a futuristic submarine that she returns to examine findings and complete reports. It’s also where Mirai contacts her sister back on land where she is trying to help support her sister in taking care of their grandmother. This ties closely to the research Mirai is conducting on a family of sperm whales, the pod has a new mother and daughter duo whose family also consists of a grandmother. 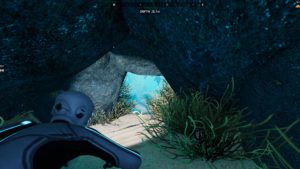 Beyond Blue is so educational that while I was playing, I learnt that sperm whales live in family units and that the females will stay together forever while males will leave until they are of breeding age. Sperm whale females build strong and lifelong bonds with each other and those bonds will transcend generations. Grandmothers will pass on valuable knowledge to their younger family members. Mirai intends on studying the baby sperm whale well into adulthood and throughout her life to understand more about the species. 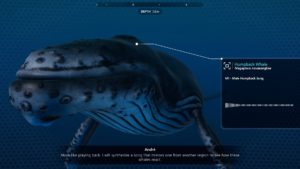 The voice acting is fantastic, all the characters really come alive with the phenomenal voice work of Anna Akana (Ant-Man), Hakeem Kae-Kazim (Pirates of the Caribbean III), Ally Maki (10 Things I Hate About You), and Mira Furlan (Babylon 5). These talented actors really help bring the educational elements of Beyond Blue to life.

In between dives quotes from researchers, marine biologists, oceanographer and underwater explorers also known as aquanauts appear throughout the game. There is also this incredible video feature that you unlock throughout the game that is called ‘Ocean Insights’ which are a series of short videos from the real world based around real scientists sharing their love for the ocean, it’s secrets and most importantly sharing their discoveries about our natural water world.

The great thing about these Ocean Insights is that the videos you unlock usually relate to something you have discovered on a recent dive. Honestly unlocking these little mini educational videos was my biggest driving factor for completing a dive. I wanted to hear more from people like Dr. Sylvia Earle the founder of Mission Blue and resident explorer for National Geographic not to mention a bunch of other awesome National Geographic residents you get to hear from. 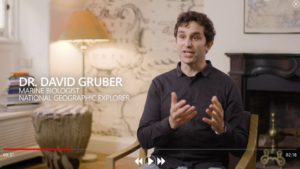 When exploring in game I found the mechanics to be surprisingly intuitive and the UI Hud to be so smooth an effective. Beyond Blue is considered to be an indie development however the player movement and visual design would suggest a much bigger production. It might not be high graphics but it certainly doesn’t need to be with such a smooth interface and wonderfully designed player movement.

I did have a minor issue with loading a saved game however, when I first logged back in after taking a break the game froze when I selected ‘continue’ so I did unfortunately have to get task manager involved to close the game and start up again this time opting to load a previously saved game instead. I’m not sure if this is an issue isolated to windows versions of the game or my PC just sucks but keep that in mind if you stumble across the same problem. 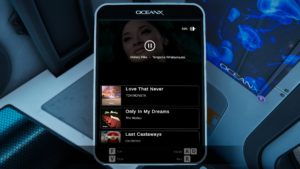 The music gives off ethereal ocean vibes while diving, creating this really paced atmospheric energy peacefully guiding and encouraging you explore further into the depths. When you are onboard the sub however you get this exceptionally curated playlist of ocean inspired music from a variety of different artists as well as the ability to unlock more tracks throughout game play.

Beyond Blue is touching, awe inspiring, educational, and also a challenge for us to rise to the occasion and protect this vulnerable underwater world. There is so many wonderful things to appreciate about our little blue planet and its vast seascapes and Beyond Blue has done an exceptional job of bringing the ocean closer to us so that we may learn and engage more with our ocean environment. If you are lover of the planet, get Beyond Blue you will almost certainly learn something and experience the vastness of our oceans.