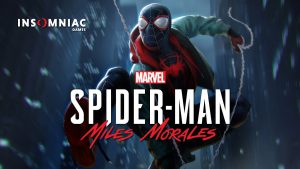 Miles Morales was bitten by a genetically enhanced spider and gains powers very similar to Peter Parker, however with some key differences that are quite ‘shocking’ (I’ll explain later). Marvel’s Spider-Man Miles Morales starts off where Marvel’s Spider-Man ended, without giving away too much essentially Miles has been taken under by Peter and is learning the ropes, or webs rather. However, Peter is going away for a few weeks with Mary Jane thus leaving the city in Miles’ capable hands. After recapturing an escaped inmate from a prison convoy Peter reassures Miles that he can handle it.

Miles however is new and a little nervous, and after Pete leaves things start getting a little crazy. An energy company Roxxon Energy Corporation starts some dodgy power plants, there’s a high-tech terrorist group called the Underground run by the Tinkerer, Miles Mum (Rio Morales) is running for Mayor of Harlem, AND there’s also the everyday crimes of New York City, not to mention lots of other plot points that I’m not telling you because you should totally play the game. 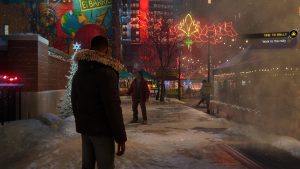 Set in New York City in late December you get to spin your webs through a gorgeously snow covered Manhattan which is laid out exactly the same as the first Marvel’s Spider-Man game from 2018. If you pre-ordered Miles Morales, you do get a special spidey suit that is the animated version of Miles Morales from Spider-Man: Into the Spider-Verse. There are also a bunch more awesome suits that you can unlock throughout game play. 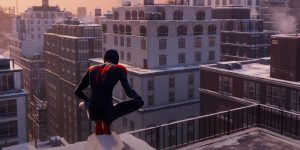 Speaking of game play, what’s new, and what cool things can Miles do that Peter can’t. Well I did say it was rather shocking, Miles can absorb and release electrical pulses or blasts, had can also go invisible for short periods of time. He basically has the same abilities from the animated film Into the Spider-Verse, plus a bunch of just regular Spider-Man abilities like having a Spidey Sense, super strength, wall climbing and so on. In terms of how all this feels it’s more or less exactly the same as the previous Marvel’s Spider-Man just with a couple of extra things.

The combat feels good (again, exactly like Marvel’s Spider-Man 2018), where you can create cool combos as well as work your way through the narrative unlocking skill points to advance your character level and skill tree. The skill tree in Miles Morales is interestingly, much smaller than Marvel’s Spider-Man, and the combination moves are the same but for some reason don’t display all the moves from the previous game despite having a lot of the same moves. I also found some bugs within Miles Morales that was a little unfortunate such a swinging through Manhattan and then glitching out and ending up INSIDE a building with no way out, in which I had to restart at a checkpoint. There were also little things like sometimes voice lines playing up. Granted there was a huge patch 1.7GB that appears to have addressed a lot of these issues. 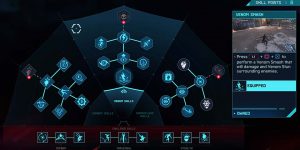 The boss battles are pretty epic and might a I say REALLY HARD! There are four difficulty settings; Friendly Neighbourhood, Friendly, Amazing, and Spectacular. I was on Friendly, and I had a certain boss battle where I had to fight Rhino and a bunch of Roxxon hooligans at the same time. I played this part out for close to 2 hours before I completed it. Now you might be thinking “Evie, come on! Are you really that bad?” … Well you’d normally be right however this time no, I felt the stages of the fight with Rhino challenging and engaging however I was completely lost as to my objective for defeating him thus spinning me into the endless cycle of trying to take him out in a way that was never going to work. I felt mislead by the design of that battle and it was EXTREMELY FRUSTRATING. After a short visit to YouTube I was handed my solution that I thought was way more complicated than it needed to be. In saying that most of the game play isn’t too much different from the last game which is fine because it ties in really nicely with this extraordinary universe as well as compliments the brilliant story that is Miles Morales becoming his very own Spider-Man. 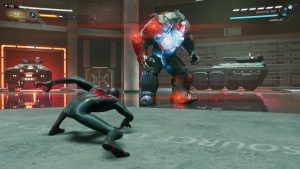 Marvel’s Spider-Man Miles Morales sound track is spectacular fusing modern RnB/Hip Hop rhythm with Orchestral suspense and hype thus creating this wonderful expression that is very clearly Spider-Man with all the DUN DUUN DUN DUUUUN DUN but also this new flavour of Miles shining through. John Paesano the composer has crafted a masterful score that elevates your game experience to a new level AND adds that extra intense emotional rush to every wonderfully written cut scene. The music on its own is awe inspiring enough and here is the link to the OST. I have to say as a die-hard Spider-Man fan and someone who just loves the Marvel universe this game has narratively done justice to an extraordinary hero Mile Morales. In saying that this game I felt fell short on it’s promise with a price of $95 maybe if I had of played on a PS5 my experience would have been different and my review would be more positive however. For that price I wasn’t expecting so much of the game to be basically the old one just with a new narrative and a narrative that honestly didn’t take long to play through. The map was basically the same (which makes sense because New York), but a smaller skill tree, same combat feel, less spidey suits, and for that price I was expecting more.

Not that this game isn’t truly amazing just that for that amount I wish I had of had more than 3 days to play through it. I still recommend playing Marvel’s Spider-Man Miles Morales it does incredible justice to the story of Miles and to the continuation of the Spider-Man franchise just maybe wait for the price to drop if you aren’t a big die hard Spidey fan like me.

Reviewed by Evie Gibbons @eviezgames on the 2nd of December 2020