Lost Ark on top of the charts!

The new fantasy MMO by Smilegate has reached over 1.32 million concurrent players on Steam over their launch weekend. This makes Lost Ark the second highest concurrent peak in Steam history, second only to PUBG: Battlegrounds. It’s a pretty impressive feat for a new title beating out the likes of Counter Strike: Global Offensive, and DOTA 2. Originally Lost Ark was released back in South Korea in 2019 and has been brought over to a western audience by Amazon Games. Currently Smilegate have said, “We’re blown away by the number of players that have joined us in Lost Ark since our launch on Friday. Arkesia is filled to the brim with eager players, so we’re working as quickly as possible to set up an entirely new region of servers in Europe.” 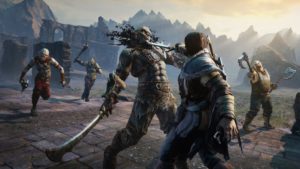 The Lord of the Rings and The Hobbit for sale!

The rights that is, and not just to the video games. Variety reported recently that the current owner Saul Zaentz Co. has decided to sell its Tolkien holdings, thus giving up the precious merchandising, movie, video game, and live event rights, this includes all titles from J.R.R. Tolkien. This selling of rights happens to come just in time for Amazon to officially announce its long-awaited television series called The Lord of the Rings: The Rings of Power. Middle-earth is a very popular place for game developers over the years with many spin-offs and lore link-ins. There are also many projects in the works revolving around The Lord of the Rings franchise. Only time will tell who snaps up the rights to J.R.R. Tolkien with properties expected to sell for a minimum $2 Billion. 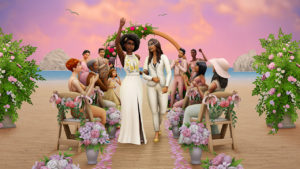 Developers of The Sims have decided to not sell their latest expansion My Wedding Stories in Russia. Russia has strict anti-LGBTIQ “gay propaganda law.” In this latest expansion of The Sims players are allowed to create their dream wedding or a catastrophe, all the marketing for this latest expansion features a lesbian couple of colour Camille and Dominique as they plan their big day. EA have said in an announcement, “As we moved through our development and brand storytelling process, we became aware that the way we wanted to tell Cam and Dom’s story would not be something we could freely share around the world.”  “We are steadfast in upholding that commitment by shining a light on and celebrating stories like Dom and Cam’s, so we have made the decision to forgo the release of My Wedding Stories where our storytelling would be subject to changes because of federal laws.”